She wants the government to be transparent enough and tell Kenyans who benefited from the money. 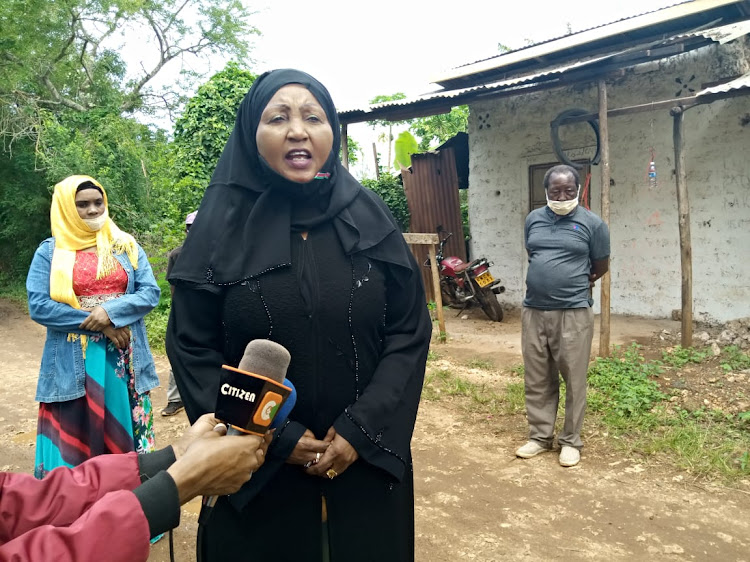 National Irrigation Board director Zainab Chidzuga has asked the state to give proper records of the beneficiaries of Sh10 billion relief funds.

The government  started the programme to cushion vulnerable Kenyans from the economic hardships of the Covid-19 pandemic.

She said the majority of needy residents were complaining that they hadn't received a penny from the government even after registering their names through chiefs and the county commissioner's office for the cash transfer programme.

"Locals knock at my door while others approach leaders on official duty asking for money, wondering what happened to the relief funds," she said.

She spoke in an interview at a burial in Ukunda within Msambweni subcounty at the weekend.

Chidzuga wants the government to be transparent enough and tell Kenyans who has benefited from the money.

She told the state to access and print M-Pesa records for the public to view.

"Mr President, you did an excellent job but, again, we need accountability for this money. Who are the beneficiaries, where and when did they get the funds?" she said.

Chidzuga said she had been moving around offices inquiring for details of the beneficiaries but to no avail.

She suspects that the funds might have benefited the wrong people and warned that the President's opponents might use the weaknesses of the programme to stain his leadership.

The NIB director said it would be a big blow to Kwale people if the money was recklessly disbursed.

She said the heart of the county's economy was the tourism industry which had been hit hard by the coronavirus pandemic.

Chidzuga said if government programmes, especially those meant to cushion people from the Covid-19 crisis won't be properly supervised, then hunger would be the second pandemic in Kwale.