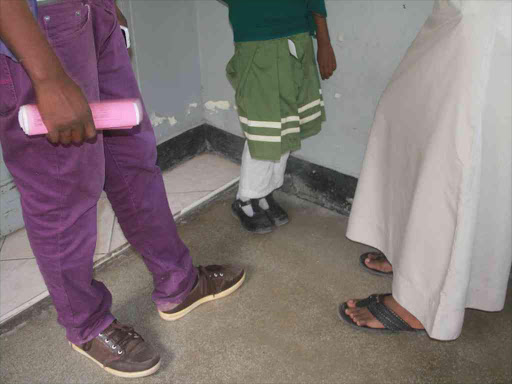 A man has been charged with molesting his five-year-old daughter.

The 40-year-old man is accused of committing the crime at his home in Wundanyi on Tuesday.

The man was also charged with indecent assault.

He denied the charges before Wundanyi resident magistrate Emily Nyakundi on Thursday.

The police report indicates he was arrested after a tip-off from area assistant chief Adeline Zighe.

He was remanded until July 29 awaiting a probation report.

The case comes in the wake of rising cases of sexual assault and gender-based violence in the region.

The wave of crime has contributed to a surge in early pregnancies among school-going girls.

Last week, county commissioner Rodah Onyancha said a large number of girls might fail to report back to school as a result.

The administrator blamed the rising cases on parental negligence.

Onyancha told chiefs and their assistants they will be held responsible for early pregnancies in their areas.

How to react to cases of child abuse

Listen to cry of the African child, Mombasa officer urges