FAMILY HAS 24 HOURS TO BURY HIM

He was hospitalised when he heard son had contracted virus, was suffering from HBP

• Bishop is survived by a wife, Reverend Mary Juma, and five children most of whom are abroad. 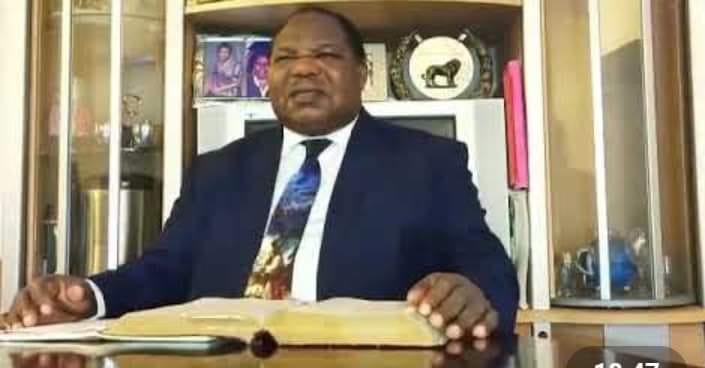 When his son, Peter Juma died in the United States in March after contracting Covid-19, Bishop Elisha Juma’s only desire was to have his remains buried abroad at a safe place where they would pay their respects.

This desire was not honoured. Exactly three months after Peter’s death, his father also succumbed to what doctors said was Covid-19.

Elisha died on June 29 at Mombasa Hospital with the family saying he had been admitted after suffering from various ailments including high blood pressure and renal issues for some time.

The scenes of his son’s death seem to be replaying as the family has been given one week to ensure the bishop’s remains are interred at their rural home in Homa Bay county.

Peter’s remains in the US were to be interred or disposed within 24 hours due to the high mortality rate in the country that had overwhelmed mortuaries.

The Kenya Assemblies of God cleric from Tudor is survived by a wife, Reverend Mary Juma, and five children most of whom are abroad.

This means their father will be buried in their absence due to Covid-19 travel restrictions. Worshippers, family and friends will also be restricted from viewing his body or burying him.

In March, Elisha, 70, had said, “My only desire is to have my son buried in a dignified manner, and then once the situation calms down, I accompany his widow and my wife and other children to go pay our last respects, now that the body cannot be transported back to Kenya.”

They raised the required Sh1.2 million for preparing the body, mortuary charges and burial requirements through the church and friends.

The family that is still too shocked over the happenings is now rushing against time to ensure they meet the one-week deadline for clearing his body for travel and burial. They are trying to raise about Sh2 million to clear hospital bills and funeral expenses.

When Peter was admitted in the United States, his father was hospitalised at a Mombasa facility after he heard the news that his son had contracted the virus.

His mother had said that Peter had lived in the US and worked as a paramedic at St Catherine of Siena Hospital, with his last visit in Kenya being last year on Christmas.

Peter is survived by a widow Phoebe Shikuku and five children.