• Governor says so far, there is no one admitted in the Covid-19 hospital.

• Some patients are under the home-based treatment and are doing well. 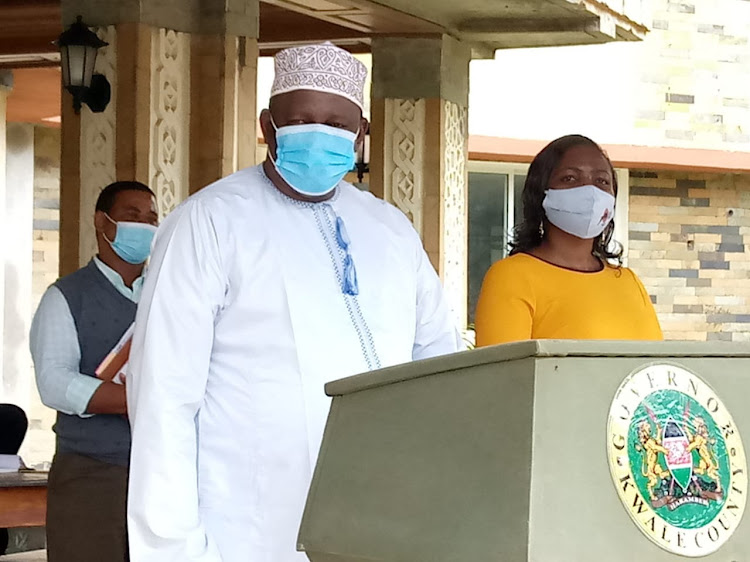 Kwale county will receive 290 hospital beds to hit the target of at least 300 beds for isolation as directed by the national government in preparedness to fight Covid-19.

The government’s order on mandatory bed space comes as pressure mounts on President Uhuru Kenyatta to take further steps in reopening the economy.

Governor Salim Mvurya said the county has a 134-bed capacity at the Msambweni unit adding that soon enough, they will surpass the given number.

“We have procured almost three-quarters of the beds needed,” he said.

Mvurya said the county has also received Sh137 million from the national government to improve the health department.

He assured that the county is ready to handle the surging coronavirus infection rates.

Progress has been made and the Kwale public hospitals are well-equipped, he said.

The governor said, so far, there is no one in the Covid-19 hospital but there are some patients under home-based treatment.

“Everyone is safe, no complications,” he said.

Mvurya, however, asked residents to take precautions against the virus.

He said their persistence in observing the public health rules among other directives will determine the reopening of the economy.

“The issue should not be the beds but discipline that each one of us must take to ensure everyone’s safety,” he said.

The county boss said they have tirelessly worked hard to test truck drivers coming through the Lunga-Lunga border and enhanced security.