They say society must keep off the belief that Africans are immune to the virus. 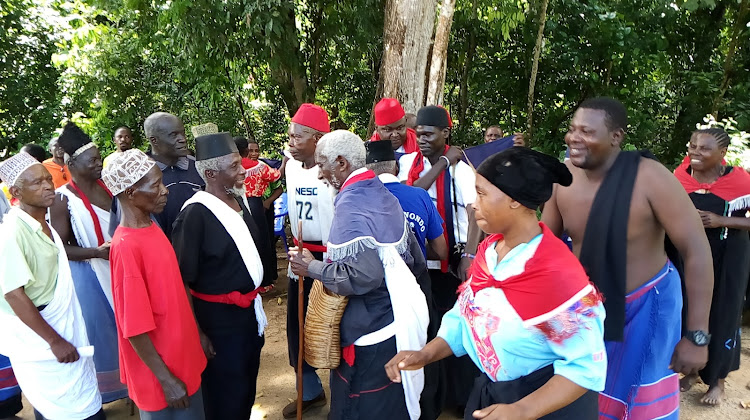 A section of Kaya elders is campaigning against the coronavirus in Kwale county.

Joined by the Chenda Chenda group, the Kaya Council said they have decided to join efforts with the Ministry of Health to help break the virus chain.

Council chairman Mwalimu Mwinyi said the disease has claimed many lives and it will claim more if ignorance is allowed to reign supreme. He said society must keep off the belief that Africans are immune to the virus.

"By now if there are people thinking that this disease only affects the Western countries, then you are wrong. It is here with us," he said.

Mwinyi spoke while delivering locally produced masks to Calypso market vendors in Ukunda. He said they will be moving to the grassroots to enhance public awareness. In some areas, villagers think it is impossible to understand what the virus is and how to contain it, he added.

"We will also extend this campaign to the community level because we have realised most individuals associate the virus with the urban people," Mwinyi said.

Chenda Chenda ambassador Grace Mbeyu, however, wants the government to supply more face masks and sanitiser to residents. She said a big number of Kwale inhabitants languish in poverty.

"It could be better if citizens are supplied with some of these protective gear because sources of income have interfered and many locals are poor," Mbeyu said.

Calypso market chairman Samuel Sagero emphasised the need for the county and the national government to stabilise the food supply chain to avert hunger.