• Some of the villages were completely cut off by the disaster and are inaccessible by road.

• Distribution began at Baomo which has the largest camp from where victims have been forced to relocate twice after it also flooded.

Nearly 50,000 residents of Tanariver county have been displaced by the ongoing disaster which has been described as the worst in history.

More than 48,000 residents of Tana River county have appealed for relief support after floods swept their homes away and displaced them.

Some villages were wiped out after River Tana burst its banks in the Tana North, Tana Delta and Galole.

The Kenya Red Cross Society, led by Secretary-General Asha Mohamed, is leading a delegation from Nairobi and Coast alongside Governor Dhadho Godhana and his officials on a three-day tour of the affected areas.

Reports indicate that 8,153 households have so far been affected by the disaster and are in urgent need of relief food and non-food items. One household consists of up to six family members bringing the number of those affected to 48,918.

Data from the Red Cross Society indicate that Tana Delta is the worst-affected with 4,659 households followed by Tana North with 2,821 households and Galole (673).

During a tour of Makere, the delegation found out the entire village was at risk of being wiped out after the river changed its course and swept away more than 30 homes.

Some of the residents have been forced to demolish their houses as the erosion rises daily threatening the entire village.

Distribution began at Baomo which has the largest camp from where victims have been forced to relocate twice after it also flooded.

Victims are still trying to come to terms with the losses. Most of them, however, are ready to move to safe places permanently.

Makere resident Ali Akare told the Star that they have been suffering since the floods hit the area forcing them to sleep in the forest.

He appealed to the government and well-wishers to support them with building materials and food so as to begin reconstruction.

''Currently, we are being told to move to higher grounds but we do not know where to start from because the majority lost everything,'' he said.

Mohamed said it was encouraging that some residents have accepted to move and promised to support them.

Already, she said, they had brought the non-food items and will work with the county government to rebuild the homes.

Mohamed said the flood situation was casing many challenges countrywide and that Tana River was among the worst-hit at the Coast, hence why they prioritised the area for relief.

Apart from the donations, she said, they were supporting the affected communities through medical outreaches as the majority cannot access the health facilities.

Governor Dhadho said they have received applications to build clusters for some of the families affected by the disaster.

Currently, he said, they have about 50 applications from villages that are willing to move with some that have begun clearing the earmarked areas.

Dhadho said the only solution to the floods disaster is the construction of new homes in the safe zones identified by the county government.

After the floods in 2018, he said, they identified 14 areas to be established as clusters. They have received 38 new applications that are being incorporated into the programme.

He, however, called for partnerships with the national government and well-wishers such as the Kenya Red Cross to build up homes.

In Makere and other areas that have not been affected by floods for long, the governor said, the situation was caused by loose soils which make it easy for the river to divert.

''The national government should declare the whole of river/riparian areas as disaster zones so that people are relocated to higher grounds and do their activities downstream,'' he said.

In Baomo, residents said they are willing to move but are discouraged by issues such as sanitation, health issues and lack of food.

Mwanahamisi Guyatho appealed to the national government to intervene. They had nothing left since farms were swept away with everything they had in their houses.

Tana River county has a population of 315,914 people and data shows that 15 wards have been affected by the disaster. Further, over 11,363 acres of land with crops were destroyed. Some of the villages were cut off and are inaccessible by road.

Some of the areas have been inaccessible since the disaster struck. They include Bula Rahma, Adama, Korati, Lagbadana, Gubani and among others. 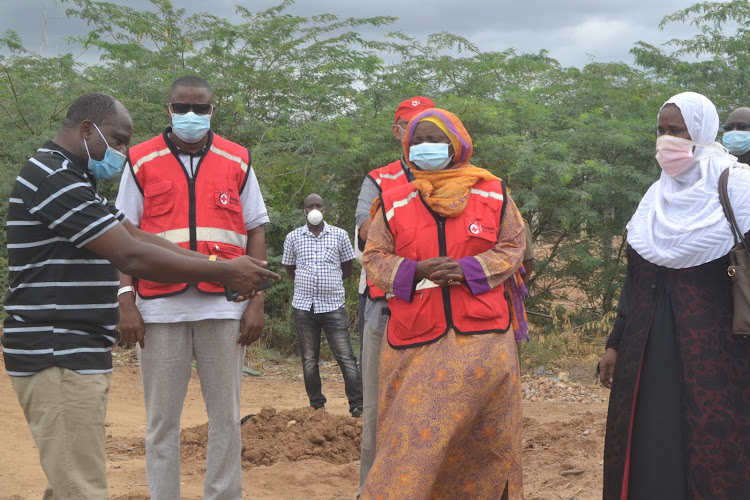