Search on land shows it is in Taita Taveta yet titles were found in Nairobi lands office.

• NLC in a letter to the County Physical Planning, dated 10th January 2019, purported to have approved the subdivision. 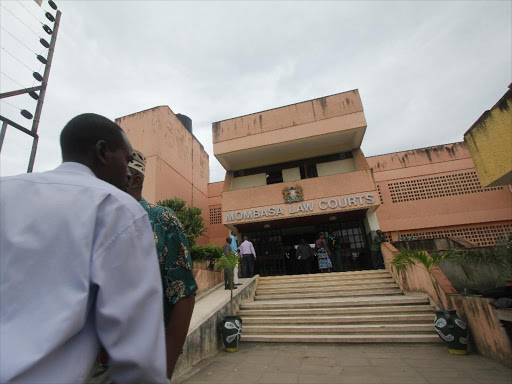 Residents from Kinango in Kwale County are staring at possible displacement after having lived on the expansive land since pre-independence.

An expansive community land in Kwale county has allegedly been grabbed with search documents indicating the same is in Taita Taveta county.

The residents from Kinango, are staring at possible displacement, having lived on the expansive land since pre-independence.

They have moved to court through Taireni Association of Mijikenda, seeking to have any titles or subdivisions of the property, revoked.

“The current owners obtained the land fraudulently since it is a community and ancestral land. Records over the land are just in Nairobi, and not any coastal county,” said their lawyer Henry John Oduor.

The current occupants had their grandfathers or their fathers migrated to the area around 1943, documents produced in court indicated.

This is after officials from Mwabeja Ranching Limited, allegedly went to the land on February 24th this year, accompanied by a contingent of policemen and begun demolition of all homes, structures, and uprooting of crops.

“Sometimes last year, there were activities undertaken in a suspicious manner, which drew the attention of the members of the Mwabeja clan. They have been seeing some people putting up beacons on the suit land, showing that the suit land is under subdivisions and yet they are not involved,” the lawyer said

According to court documents, the land situated on Mackinnon- Kuranze Road, runs along Mombasa Road and connects to Kilibasi and Kuranze villages of Kwale County.

To the north, it starts from Domoni to Rima Ngombe along the boundary of Kwale and Taita Taveta districts.

To the west, it borders the Republic of Tanzania and to the south, it starts from Lungalunga, through Uwanja wa Ndege, to Lukakani,” said Oduor.

NLC in a letter to the County Physical Planning, dated 10th January 2019, purported to have approved the subdivision.

In 1975, Mwabeja Ranching Company Limited took part of the land for rearing animals, mostly cows and goats. They had around 200 cattle and 70 goats but later closed shop.

On December 7th, and 28th, 2018 Shimbaland Ranching Company Limited and the Kwale county government wrote to the County Executive for Environment and natural resources Kwale County, requesting to develop the land.

Shimbaland Ranching Limited is the registered owner of the suit land after acquiring it from the first owner, Mwabeja Ranching Company. The title deed was issued on 1st May 1992 but the land was never utilized.

In an affidavit by the Taireni Mijikenda group chairperson, Peter Ponda Kidzeha, they argued that the registration of the land was questionable.

Shimbaland Ranching Limited made an application for change of user, with President Uhuru Kenyatta issuing the grant for them to establish a ranch.

“Mwabeja Ranching Company quickly used the same as a security to get a loan from the bank, which was never serviced, then National Bank of Kenya sold it to Shimbaland Ranching Limited,” Ponda noted.

“It is the centre of the dispute as the suit land turned out to be conveniently registered in the name of the clan to wood wink, mislead and misrepresent that indeed it is a clan ranch and yet it was registered as a private entity by a single family,” Ponda said in his affidavit.