• The Committee on Senior Counsel had last year on August 26 recommended 24 lawyers.

• But some members expressed dissatisfaction in the composition of the committee and the impartiality of its members. 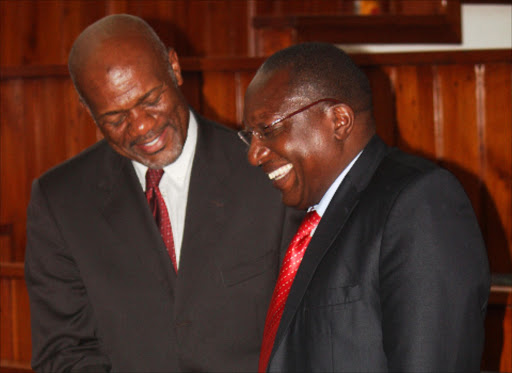 The Law Society of Kenya should consider recruiting independent consultants to oversee the highly coveted conferment of lawyers to the rank of senior counsel.

This, according to veteran lawyer Francis Kadima, would be devoid of the conflict currently being witnessed.

LSK council through President Nelson Havi, on May 13, informed members that the selection of 24 advocates by the committee had been revoked after concerns were raised on the validity of the Advocates Senior Counsel Conferment and Privileges Rules 2011.

The Committee on Senior Counsel had last year on August 26 recommended the 24. But some members expressed dissatisfaction in the composition of the committee and the impartiality of its members.

“The rules are indicated to have been amended twice in 2012 and 2014, without public participation,” Havi said in his letter to members.

But Kadima argues that the council had no power to revoke the appointment of senior counsels by the committee.

“The committee is an entity independent of the council. The council does not have the express power under any written law to review and revoke the decisions made by them,” he said.

Kadima, who has 35 years in practice, said the issue of public participation as cited by the council, is a grey area that needs the court’s interpretation.

“The rules have been used even for the previous appointment. Does it mean that the council would also need to undo the appointment of the other senior counsels?” he asked.

According to the LSK website, there are 26 senior counsels, with the last conferment being over seven years ago.

“All these issues impact negatively on the process of recommendation for conferment made in 2019 and intended to be made this year, a call for applications in respect of which was made to members on February 24,” Havi said.

In the absence of an independent consultant, Kadima further proposed that a technical committee should be established to set up the criteria for people to sit in the team, from different qualifications apart from the legal industry.

The title is considered the zenith of professional achievement for senior lawyers.

LSK will further seek legal opinions from three senior counsels appointed by the council to advise it on what changes should be made in the rules.