Brother ordered to involve sister in dealings of estate

• Sister claims on June 26 last year, Nirmal filed statements of accounts for 2013-18 that are inadequate and riddled with material non-disclosure and misinterpretation. 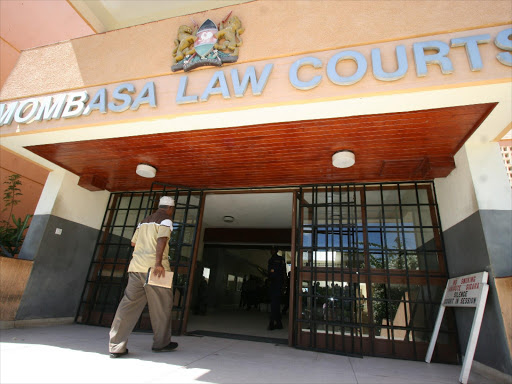 A son of late business mogul Dalip Singh Dhanjal has been barred from solely dealing with any assets in his father’s multi-billion estate.

In a ruling issued by Justice Mugure Thande over the Sh15 billion inheritance that has been the subject of court battles among the siblings, Nirmal Singh Dhanjal has been ordered to involve his co-administrator.

The court also directed that Nirmal files, within 30 days, an affidavit setting out his dealings with the estate’s 25 per cent share in the earnings from Dhanjal Investments Limited.

This was part of the properties in dispute between him and his co-administrator Jaswinder Kaur Koundu, his sister. She had earlier sought revocation of the grant issued to Nirmal, saying it was obtained fraudulently by excluding her as a beneficiary of the estate.

“I find no reason to revoke the grant issued to Nirmal and Jaswinder. The justice of the case requires that the summons for confirmation of grant be set down for hearing. The deceased has been dead for 10 years now,” Justice Thande said while ruling out the grant revocation.

In the earlier suit, the parties on November 26, 2018, consented that the grant be revoked and a fresh one be issued to Jaswinder and Nirmal.

In another application dated November 12, 2018, their cousins Sukhwant Kaur Dhanjal Kundi and Joginder Singh Dhanjal, sought to be enjoined as interested parties.

The two are the administrators of the estate of their father Jaswant Singh Boor Singh Dhanjal, a brother of the deceased.

They had argued in affidavits dated November 8, and 20, 2018, that their also-deceased father owned and developed properties and operated business jointly as an extended Asian family.

They also revealed that their uncle had not only two, but three children, saying Kirpal Singh Dhanjal, was born on August 2, 1972, and died on October 25, 2006.

“They both live in the United Kingdom and should not be excluded from the estate,” Sukhwant argued.

Nirmal opposed the application saying their cousins had not invited any of them to join them in the administration of their father’s estate.

The judge further directed that Nirmal’s dealings with rental income from their Tudor house and go-downs be presented, the number of shares his father holds in Merryfield Limited, and what became of his shares in Dhanjal Brothers Limited.

“He should also tell the court whether one of the plots belonged to the deceased, when and by whom the same was transferred to Hakimi Glass Mart Limited,” he added.

The families are fighting over about 17 parcels of land, companies, bank accounts holding foreign and local currencies and other properties.

The bank accounts are at Kenya Commercial Bank, which holds two in Kenyan currency, another in Euro currency and a third with dollars.

Other accounts are being held at Bank of Baroda, Bank of India and Equatorial Commercial Bank.

Jaswinder, in her application dated January 28, had sought to have Nirmal restrained from disposing of any assets and for the grant of the letters of administration intestate issued on November 26, 2018, be revoked.

She argued in her affidavits dated January 28 and February 13, that Nirmal had failed to comply with the terms of the consent order.

The consent order required Nirmal to provide a full and accurate account of the estate from December 19, 2013, to the date of consent.

He was also required to make full disclosure of all contracts, arrangements, agreements, undertakings, litigation, relating to and involving the estate.

Nirmal was to provide a written indemnity in favour of Jaswinder from all claims that may be brought by anyone for costs, disturbance, expenses, damages, and losses, of whatsoever nature. This was to be done by March 31 last year.

Jaswinder claims that on June 26 last year, Nirmal filed statements of accounts for 2013-18 that are inadequate and riddled with material non-disclosure and misinterpretation.

Jaswinder alleged that her brother withdrew all funds in their father’s bank accounts.

Nirmal opposed the application in an affidavit sworn on May 12 in which he denied all allegations of impropriety.

He said he had filed accounts of the estate up to 2018, in an affidavit sworn last year on June 27.

Nirmal said titles of several parcels of land are registered in the name of Jaypee and Sons Limited.

“They were registered on August 31, 2009, before the demise of Dhanjal and by extension, before Nirmal became administrator,” the judge said.

Nirmal also denied knowledge of one of the properties, the title of which was issued to Jaypee and Sons last year on May 30.

He said the loans secured by charges against the plot, where Travellers Beach Hotel stands, were advanced on August 5 and 29, 1996.

This, he noted, was during the lifelines of the deceased and his three brothers, Jaswant Singh Dhanjal, Navinder Singh Dhanjal and Baldev Singh Dhanjal. He was not an administrator of the estate then.