Say disloyal members should be kicked out of leadership positions

“We are ready and able to engage in political verbiage with whoever thinks that they can disrespect the President. We will also be activating our grassroots support,” 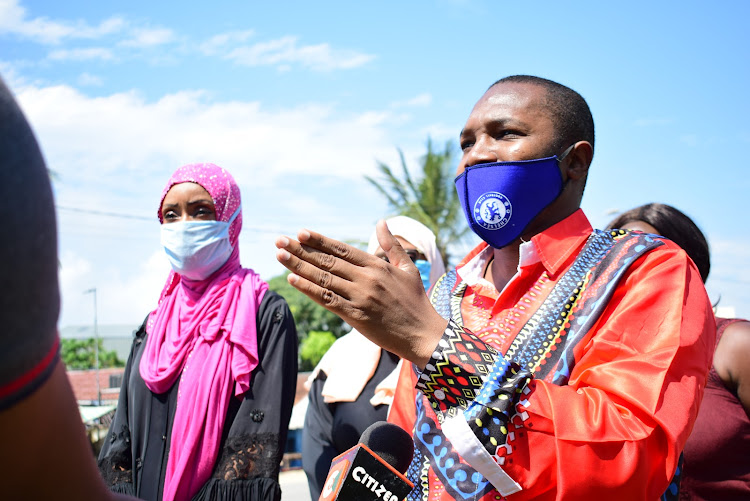 Uhuru last week called a parliamentary group meeting for Jubilee senators from where it was resolved that Senate Majority leadership be overhauled.

The resolution led to the removal of Elgeyo Marakwet Senator Kipvhumba Murkomen as the Majority leader and Nakuru's Susan Kihika as Majority Whip.

On Saturday, Jubilee Youth League chairperson for the Coast region Swaleh Shambi said they were firmly supporting the move.

“We are firmly behind the drive to kick out any disloyal member of the party including the move to change the parliamentary leadership and discipline rogue nominated senators,” Shambi said.

He said there can never be two centres of power.

“We are ready and able to engage in political verbiage with whoever thinks that they can disrespect the President. We will also be activating our grassroots support,” he said.

He said they welcome the coalition agreement the party entered with Kanu, saying it will give the party more strength.

Warda Lazaro, the Jubilee Women League chairperson for Mombasa county, said it was wrong for Tangatanga politicians to use the women card to serve their own selfish interests.

The Tangatanga group, associated with Deputy President William Ruto, has accused the President of targeting nominated women senators who did not attend the Jubilee Party Parliamentary Group meeting at State House last week.

Lazaro said they welcome the appointment of two women to board leadership positions by President Kenyatta.

“This clearly shows that our Party leader believes in women leadership against what was alleged by the Tangatanga group,” Lazaro said.

The MP was elected on an ODM ticket but has previously declared her support for Ruto. “We all know that Jumwa is an ODM MP. She should stop commenting on Jubilee matters,” lazaro said.