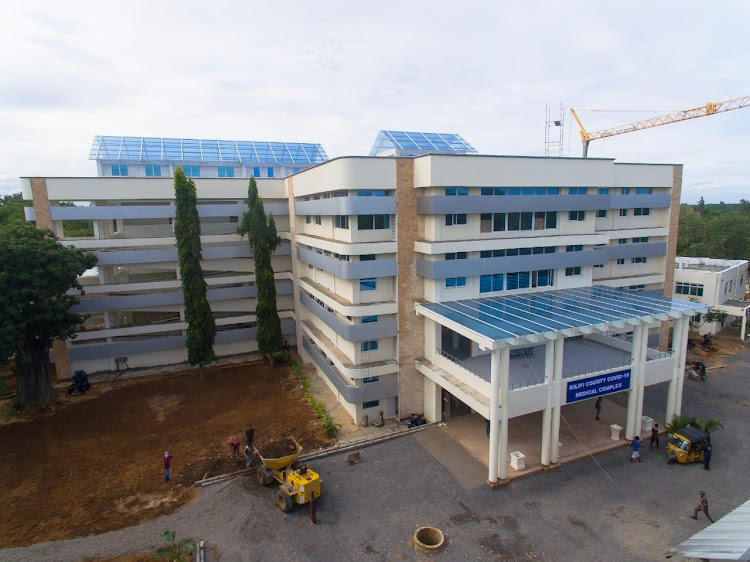 Senior Kilifi county officials have been arrested over a tender worth millions of shillings to curb the spread of Covid-19.

At least four officers, including the CEC finance, county secretary and two others from the health department, were arrested by the Ethics and Anti-Corruption Commission over irregular procurement for the construction of Kilifi Covid-19 Complex Centre.

The arrest follows weeks of investigations by the EACC over the alleged irregular contract awarded to Pharmaken Limited.

The first phase of the complex was worth Sh493 million while the second was estimated at Sh398 million.

EACC regional boss Mutembei Nyaga confirmed the arrest of the officials, saying the agency had widened its net to ensure all suspects were in custody.

“We are processing details and all those implicated in the deal will have charges pressed against them, depending on how investigations turn out,” Nyaga said.

In a letter seen by the Star, EACC had written to the Kilifi county secretary on April 14 requesting original documents of the alleged irregular award of a tender to Pharmaken Limited.

The tender was also for the repair and maintenance of equipment in Kilifi county hospitals as part of measures to address the Covid-19 pandemic.

The letter was signed by the Coast Upper North EACC boss Ignatius Wekesa on behalf of the EACC chief executive officer and addressed to the Kilifi county secretary Anold Mkare.

In a report, EACC said they were investigating the irregular procurement for the construction of the Kilifi Covid-19 complex.

“The commission received a complaint that even though the complex was commissioned recently, it was marred with a myriad of irregularities in the manner in which the procurement process was handled,” said Nyaga.

There were suspicions that the contract prices may have been irregularly varied, with questionable procurement of ventilators, ward beds and ICU beds.

EACC commenced investigations on Monday, with the agency seeking to scrutinize all documents on the contract.

Nyaga said the documents would help EACC to establish whether prior planning and budgeting was done and interrogate the entire procurement process.

“How the award and contracting was handled, to ascertain whether there was a conflict of interest, bid-rigging, contract price and the payment made to establish value for money, quality of workmanship, whether it was in tandem with the bills of quantities and whether there were any variations into the contract,” Nyaga said.

The commission will investigate the contract for ward beds, ICU beds and ventilators.

In April, Mkare confirmed receiving the EACC letter and said he would liaise with the relevant department (health) to establish the position.

“I am aware of the letter. I have alerted those concerned and they are to give the official position over the matter,” he said.

Post a comment
WATCH: The latest videos from the Star
by MAUREEN MUDI Chief Correspondent- Coast Region
Coast
13 May 2020 - 22:00
Read The E-Paper