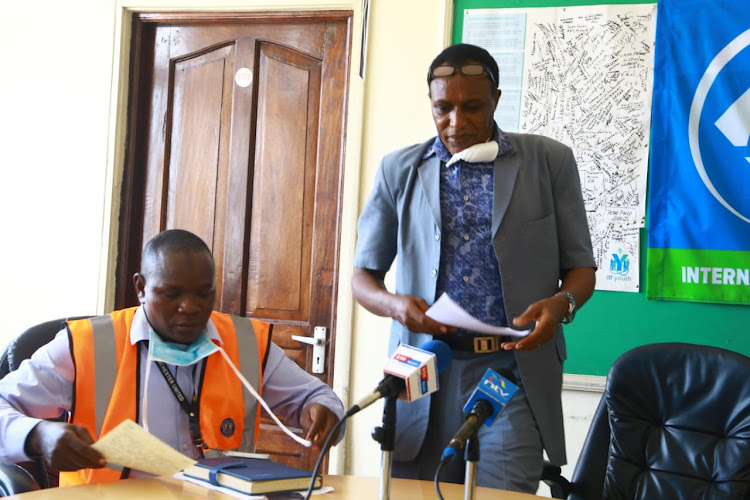 The Dock Workers Union has raised the red flag over outsourcing of verification services at the Mombasa port, whose fee was recently re-introduced by the Kenya Ports Authority.

This puts a twist to the push and pull between the authority and business people who say the re-introduction of verification fees will increase the cost of doing business especially during the current tough economic times.

KPA re-introduced the verification fees for imported containers on April 21.

This was after suspending container verification charges introduced in February, ending a stand-off with clearing and forwarding firms.

Cargo verification comes at the request of state agencies such as Kenya Revenue Authority and Kebs, which verify cargo suspected to contain contraband, mis-declared or under-declared goods.

On Thursday, DWU general secretary Simon Sang told the Star outsourcing of the services denies the authority up to Sh9.9 million a month, which will now go to a private firm.

Sang insisted outsourcing of the services needs approval of either Parliament or the Privatization Commission of Kenya.

But KPA head of Inland Container Depot Peter Masinde said outsourcing would increase efficiency of the cargo verification process arising from Customs and the Kenya Bureau of Standards.

“Kenya Ports Authority has outsourced labour for this purpose to ensure a reliable and steady supply of labour,” Masinde said in a customer notice.

Charges will be secured by KPA to enhance transparency in raising of bills, Masinde said.

However, Sang said the services were being offered by dockworkers and outsourcing made no sense.

“It beats logic to stop your daughter from performing a certain house chore only to hire an expensive maid to do the same job, especially at a time when the parents are always quarreling because of financial issues,” Sang said.

He said a verification team of at least eight people is required to handle between eight and 10 containers per shift.

Each container costs about Sh6,400 to verify, which means each shift will ensure 10 containers are verified at a cost of Sh640,000.

This means one team will earn the authority about Sh1.7 million per month while the team itself will be paid Sh800,000 per month as wages.

“This will earn the company a net profit of Sh9.9 million per gang. This is the amount that the Port of Mombasa shall have been deprived unfairly, unprocedurally and fraudulently. And this is a conservative figure,” Sang said.

He the private company should not be allowed to transact illegal business in the port.

According to Sang, KPA will be losing even more money.