• Governors in the region have scaled up efforts to spruce up dilapidated wards to isolation wards.

• Mombasa has transformed Ramtullah private wing with a 19-bed capacity to handle cases, Port Reitz hospital has been set aside for isolation. 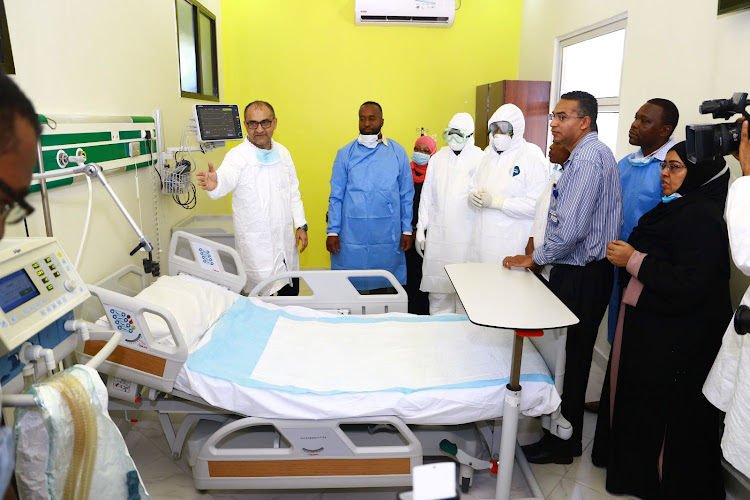 The Coast region is facing an imminent crisis of space for isolating coronavirus patients as authorities move to expand rooms with an overstretched team of health workers.

The number of patients keeps rising and the initial isolation ward with 19 beds is already overstretched.

All cases of coronavirus in the region are being handled at the Coast Provincial Hospital.

Mombasa, Kilifi and Kwale have become hotspots for the virus with President Uhuru Kenyatta ordering a cessation of movement in and out of the three counties to curb the spread of Covid-19.

Last week, a meeting at the hospital resolved that the nursery, maternity and postnatal and other areas would be moved to create more room for isolation.

Health workers opposed the plan saying there were not enough personnel to attend to the patients.

The Mombasa county government transformed the Ramtullah private wing as its isolation ward.

Kilifi Deputy Governor Gideon Saburi, who had been admitted at the facility as well, was last week discharged after recovering from the virus.

“The officials want to move us to other quarters but we feel it will be too much of a burden for us. Already, we are overwhelmed by the shortage of health providers, they should reconsider,” a health worker at CPGH told the Star.

County health communications director Richard Chacha confirmed that there have been efforts to expand the isolation centres in the region.

He said the Port Reiz Hospital was reserved for coronavirus cases and residents are getting medical services at Chaani.

The entire Tudor Health centre has also been dedicated to suspected coronavirus cases.

Several other hotels - like state-owned Mombasa Beach - and Bandari College have been hosting those in quarantine.

Other counties have also spruced up dilapidated wards and maternity wings and converted them into isolation units.

They have also trained health personnel and sent out offers to hire more in order to fight the disease.

In Kilifi, there are at least five isolation centres.

In a past briefing, health executive Omar Anisa said St Lukes Hospital would serve Rabai and Kaloleni sub-counties, while Malindi and Magarini will both have isolation centres.

Anisa said an administration building in Mtwapa will serve Kilifi South sub-county as an isolation centre.

In Lamu, they have designed their unit inside the King Fahad County Hospital. It has eight rooms.

Taita Taveta is setting up isolation wards in Voi, Taveta, Wundanyi and Mwatate.

In Tana River, health executive Javan Bonaya said a maternity wing has been converted into an isolation ward.

In Kwale, Governor Salim Mvurya said a High Dependency Unit has been converted into an isolation ward at the Msambweni County Referral Hospital.

Other rooms have also been set up at Kinango, Kwale and Lunga Lunga hospitals.