• Traders believe county is using the coronavirus pandemic to ‘kick out wholesalers from the market, put up more stalls and take over the ones already in place’. 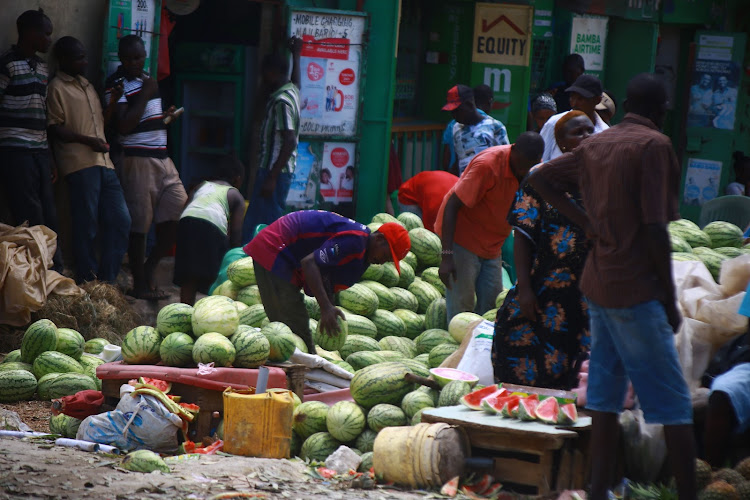 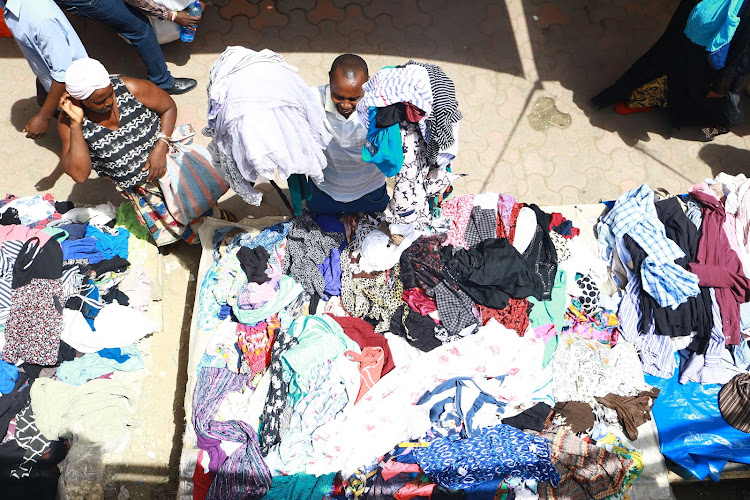 A stand-off between 4,000 wholesale traders at the Kongowea market and county officials has stopped the flow of fresh products from other counties.

The open-air market is the largest in the Coast region and has about 6,000 retailers.  This latest dispute will affect not only Mombasa residents but also those in Kilifi and Kwale.

The wholesale section of the market was closed on March 19 for 30 days as one of the county’s measures to contain Covid-19.

County communications director Mudadhir Abdulkarim had earlier said the wholesalers were asked to move to pave the way for the market’s renovation.

"Some went to the cemetery, which is wrong. The county has designated areas where traders can sell their wares in the meantime," Abdulkarim said.

However, the traders believe the county is using the Covid-19 crisis to "kick out wholesalers from the market, put up more stalls and take over the ones already in place".

They have vowed to stop the trucks bringing products to the market until they agree with the county government.

Governor Hassan Joho said this not the time to be at loggerheads. He called for patience, understanding and cooperation.

“This is a difficult time and difficult decisions that will negatively affect everything have to be made. Right now, our biggest enemy is the coronavirus,” Joho said.

He noted that how Mombasa people behave will determine whether the virus is defeated or not.

Lucia Mbugua says prices have more than doubled. She is a vegetable trader who buys goods from Kongowea daily to sell to Fisheries Estate in Bamburi where her kiosk is located.

“Remember, there is no fresh food too. There are no kales and no spinach,” Mbugua said.

“There is no bargaining. The sellers are very arrogant. Things are worsening. Stocks are being depleted,” she said.

Since Monday, when the trucks ceased bringing in products, Mbugua has noticed a reduction in her customers’ numbers, she tells the Star.

“I used to have fresh products that attracted them. Now they complain the products are withered and not fresh. They would rather buy tomato paste than withered tomatoes.”

For me to get profit I will have to pass the burden to my customers, Mbugua said.

Kongowea Wholesale Market chair Biasha Mohamed said besides the coronavirus effect, they are protesting the county’s move to relocate them from Kongowea to Tononoka ground.

The playground - where mostly football matches are played - has now turned into a temporary market; subdivided into small spaces for market stalls.

Two tanks of water have been placed at either end of the football pitch and taps installed for hand washing.

However, the traders say there are no toilets.

MCA Abrari said Kongowea market has 80 toilets while at Tononoka, both traders and buyers will have access to only two toilets at the Tononoka Social Hall.

“That will not be enough to serve the population that goes to the market,” Abrari said.

Biasha said Joho should order fumigation of the market to fight the virus.

“We have seen markets in Nairobi being closed, fumigated, then opened again. We ask the governor to do the same here.”

Before Kenya confirmed her first case of the Covid-19 disease, Silvanus Mutisya - a farmer and vegetable trader in Njukini, Taveta - used to supply his produce to Taveta, Mwatate and Voi markets.

"On a good day, I could supply close to three tonnes of bananas, onions, tomatoes and other vegetables to the Taveta border market," Mutisya said in an interview.

Last week, Taita Taveta county ordered the closure of all major markets to combat the spread of coronavirus.

He now contacts his clients and sends the supplies upon payment. He said his daily sales have dropped by half following the measures taken to control the fast-spreading disease.

"Now that the major markets are closed, I send goods to local vendors. The sales have dropped so much, but it is the only option left.”

He is among hundreds of farmers and traders who relied on the Taveta market.

The border market acted as a key supply of farm produce sold in Kongowea market in Mombasa and Voi and Mwatate markets in Taita Taveta county.

Lydia Wakesho, a vendor in Mwatate, acknowledged that in the wake of Covid-19 pandemic, businesses have been reduced to loss-making affairs.

She said she is forced to order groceries from Taveta thus incurring an extra cost.

"Besides the closed markets, transport is now a big challenge," she said.

She orders groceries on phone from farmers, which is later delivered in her stall.

Wakesho asked traders to keenly adhere to all government directives by regularly sanitising their hands.