Industries and factories have been shut, transport limited, all top leaders and half of officers at a police station in self quarantine.

• Many residents came into contact with Deputy Governor Gideon Saburi who flew back to the country from Germany and later tested positive.

• The police released a list of about 16 senior and junior officers who interacted with Saburi at some point. 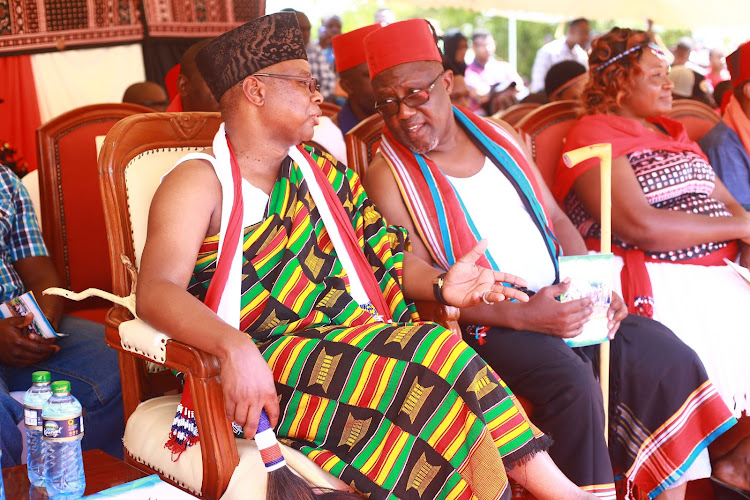 Kilifi residents are grappling with stringent measures put in place to contain Covid-19.

All top county officials and half of the officers from a police station are in quarantine, factories and mines have been ordered shut, and bodaboda operations and public transport banned.

All this happened in less than a week, following revelations that Deputy Governor Gideon Saburi tested positive for the virus. The closure of major industries will have a ripple effect on the entire Coast region owing to the interdependence of the counties in relation to production and supply chain.

Anxiety is rife, with reports indicating that an MP, an MCA and a driver to the deputy governor are among the four people who tested positive on Wednesday evening. This was confirmed by a senior county health official who spoke on condition of anonymity.

Governor Amason Kingi had earlier confirmed in an interview with Citizen TV that more than 100 employees at the county had gone into self-isolation after being in contact with Saburi. Kingi, who tested negative, is still in self-isolation. He said Saburi attended three burials, was at a shopping mall, a club and a hotel.

"There are chances that the county can be on lockdown, going by the happenings," said a county government insider privy to the goings-on.

The police released a list of about 16 senior and junior officers who interacted with Saburi at some point. Saburi, who arrived in the country on March 6 from Germany, is said to have been very remorseful over the happenings and defended himself that he had proceeded to a Mombasa hospital where he stayed for three days before being discharged.

On Wednesday, 64 individuals were quarantined at the Kenya School of Government in Mombasa, as they awaited to be tested.

Lands CAS Gideon Mungaro, one of the politicians who interacted with Saburi, on Thursday said he tested negative.

“I came into direct contact with the DG on March 7 at a funeral in Kambe. The Ministry of Health visited me at home and collected specimens. The results have shown I am negative but I have placed myself in self-quarantine and will continue working from home," he said.