They said residents and the tourism sector have suffered since a German investor was evicted from the property.

• They said Isaac Rodrot, a Kenyan, and his Italian counterpart Stephano Ucceli, with the help of the police, kicked out German billionaire Hans Langer.

• Rodrot claims he was not a storekeeper but one of the legitimate shareholders of the resort. 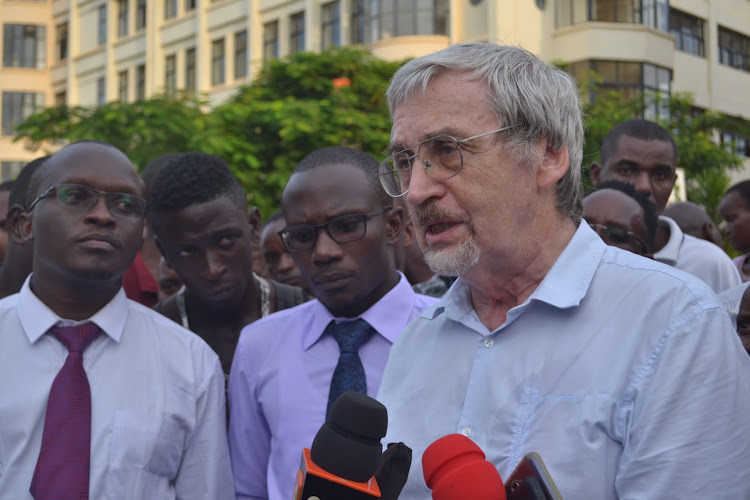 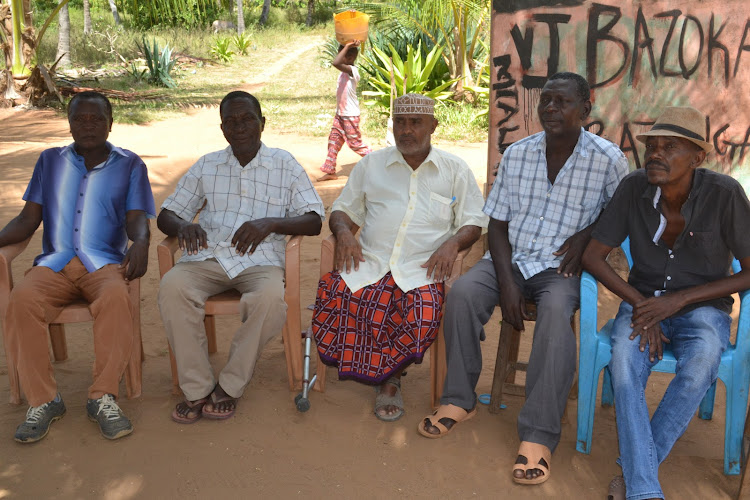 Elders want the national government to resolve the decades-old ownership wrangles over the Sh2 billion Temple Point Resort in Watamu.

The elders from Watamu, Dabaso and Dongokundu in Kilifi North said the dispute is hurting tourism. The area is a renowned tourist destination.

They said many youths have lost jobs after Isaac Rodrot, a Kenyan, and his Italian counterpart Stephano Ucceli, with the help of the police, kicked out German billionaire Hans Langer last month.

Speaking in Dabaso, the elders said they are tired of witnessing violence and deaths at the hotel due to the conflict and called on the authorities to look for a permanent solution.

Watamu Beach Management Unit chairman Osman Mwambire said they are not happy with Langer's eviction as he "has been of great help to the community for the last 10 years".

He said the billionaire supports candidates during KCSE and KCPE exams and is behind many other education projects.

"We are not happy with Langer's eviction because he was supporting the community and now there is new management that has not done anything to the community," he said.

Mwambire said fishermen used to trade with the hotel but now have huge debts because they are not paid. He urged the government to ensure the real owner is given the property to avoid the negative impact on tourism.

Debaso village elder Harrison Mwamure said the dispute has hurt residents and they are no longer able to work freely. He said they are not at peace since the German investor was evicted.

"We want the dispute to end completely and quickly because it's threatening even the lives of our children," he said.

Johnson Kiraga from Dongokundu said Rodrot ran the hotel for many years but did not help the community. He said since Langer took over, he was able to fence Dongokundu Primary and build toilets.

Kiraga said Langer also supports two bright students every year "and has never stopped even during this time of conflict".

"We want the government to ensure justice prevails. The German, even though is a foreigner, does a lot of projects for the community. Even during funerals, he offers help," he said, adding that "some crooks" are out to malign the German.

Japhet Chengo from Magangani said the community suffered a huge blow and are afraid of their youths who cannot work freely due to the conflict brought by a few individuals.

He said Langer offered locals employment and were helping their families but since the dispute, there is a problem that affects the entire county of Kilifi.

Johnson Kalume Mwarandu said he knows Rodrot as an accounts clerk who rose to the ranks of Food and Beverage stock controller and questioned how he ended up as the owner of the resort.

"I find it impossible for one to work for 20 years only and buy a property worth billions of shillings," he said.

But Rodrot claims he was not a storekeeper and maintains that he is one of the legitimate shareholders.

Last week, Langer's 83 workers, including his son, were arrested and detained for seven days for allegedly invading the hotel. Forty-one were released without any charges, while 42 were charged with forcible entry into the resort and were released on Sh5,000 bond.