One hotel, two names, two different sets of owners and a myriad of court cases.

• The property started as Temple Point Resort, built by a tour company based in Italy.

• It was later renamed Salama Beach Resort after the company owning it was declared bankrupt and placed under receivership. 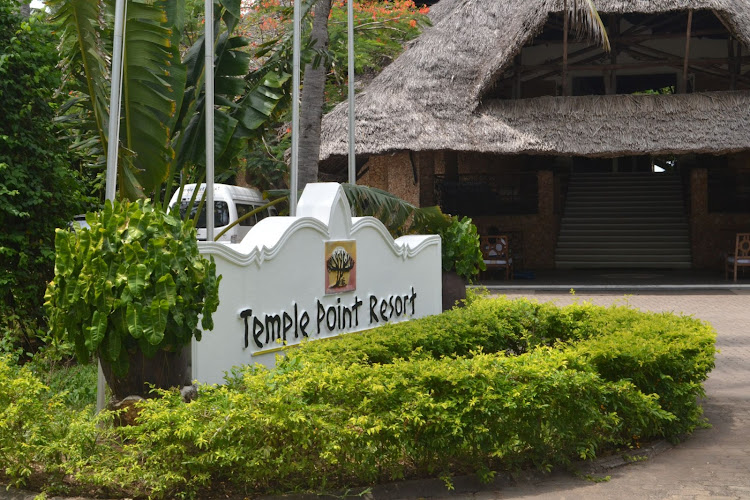 The disputed Temple Point Resort, whose ownership is at the centre of a legal battle spanning a decade between Hans Langer on the one hand and Isaac Rodrot and Stefanno Ucelli on the other.
Image: COURTESY

A multibillion-shilling luxurious tourist establishment in Watamu, Kilifi county, has been at the centre of fierce court battles for more than a decade, threatening its very existence.

One hotel, two names, two different sets of owners and a myriad of court cases. However, unlike the biblical Solomon who used Godly wisdom to determine the biological maternity of a baby claimed by two women, the Judiciary and the Malindi Subcounty Security Committee have been unable to resolve the ownership dispute.

The property started as Temple Point Resort, built by a tour company based in Italy. It was later renamed Salama Beach Resort after the company owning it was declared bankrupt and placed under receivership. A new owner emerged later and took over the running of the hotel. He gave it its original name Temple Point Resort.

The ownership dispute of the hotel sitting right in front of the glistening white Watamu beach, which is popular with both local and international guests, has cost millions of shillings in legal fees and other charges, legitimate or otherwise.

As they say, it is the piper who calls the tune, so the party that has more money gets its way, albeit temporarily as the other party looks for more money. It is a circus of sorts.

The dispute pits a group led by prominent Kenyan hotelier Isaac Rodrot and Italian Stefanno Ucelli against another group led by Hans Langer, a German national.

In court, there are multiple cases, applications, notices of motions and rulings from both sides that have often led both parties to remain in the corridors of justice since 2010 with no solution in sight. 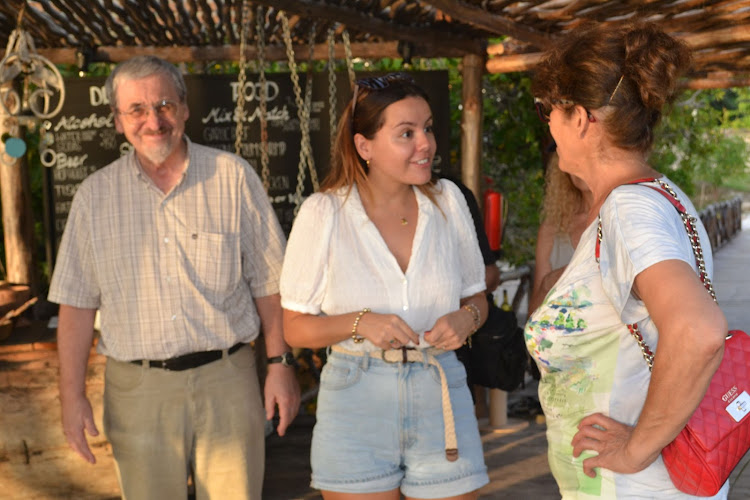 German national Hans Langer with his family members at the Temple Point Resort in Watamu in January.
Image: COURTESY

Court documents indicate that the hotel was initially owned by a Swiss tour company known as Viagi del Ventiaglio, which had several other properties in other parts of the world. The company went under receivership in 2010. Its owner died shortly before or after the collapse.

At that time, Rodrot and Ucelli were said to have been working as directors at Temple Point Beach Resort, one of the collapsed company’s properties in Kenya.

When they heard that the owner had died and the company was under receivership — and since they claimed to have bought shares from the collapsed company — they started running the hotel as their own and renamed it Salama Beach Resort.

Court documents indicate that Langer was owed millions of Euros by the company, but when he went to claim payment, he was told there was no money. He could, however, pay himself by taking over the Temple Point Resort in Kenya.

The German then obtained a court order in Milan, Italy, travelled to Kenya and kicked out Rodrot and his team, triggering unending court battles.

According to Rodrot, the case was filed on December 15, 2009, against Salama Beach Hotel Limited, which was owned by Ventaglio International S. A Luxemburg, whose directors were Enrico Poma (chairman), Mario Scotti Camuzi ad Stefano Ucelli.

Rodrot claims Ucelli was the resident director representing foreign interests in Kenya based in Salama Beach Hotel Limited, while he (Rodrot) was also a director.

The dispute has left members of the security team in Malindi subcounty scratching their heads, with orders and counter orders from the judiciary confusing law enforcement agents.

Last week, the security committee held a four-hour closed-door meeting with both parties, although Langer was not physically present and was represented by his lawyer.

The meeting was expected to decide whether or not to evict Langer, who runs the property as Temple Point Resort, and install the previous management under Rodrot and Uccelli, who used to run it as Salama Beach Resort.

It was to decide whether to implement a court order issued in 2015 against  Langer’s group, an order Langer says has been overtaken by events.

Some of those who attended the meeting claimed the security team ruled in favour of Rodrot, but before the implementation of the decision, there was a change of heart.

Speaking to reporters early this week, Rodrot said he received a call from the Malindi Subcounty Police Commander, Vitalis Otieno, informing him that the operation would not be carried out as earlier agreed upon.

"I do not know what led to the change of heart. The subcounty commander called me at about 2am and told me that the orders would not be implemented until further notice without explaining the reason," he claimed.

Contacted for comment, Otieno said it was true there would be no eviction, noting that there was nothing new in the dispute that would warrant the execution of any orders.

When journalists visited the hotel, everything seemed to be running smoothly. There was a good number of local and international guests too.

Ian Langer, a son of the current ‘owner’ of the hotel, said it was not possible for the security team to carry out the court order obtained by Rodrot and his team because the order referred to a totally different hotel.

"This is Temple Point Resort but the court order is referring to Salama Beach Resort, which is totally different from this one,” he said.

"Salama Beach Resort is a totally new company that has nothing to do with Temple Point Resort.

He said there was a court order staying the implementation of the eviction order issued in 2015 that protected the current ‘owners’.

"We have faith in the legal proceedings and the government in the manner the matter was handled," he said, a position that countered that of Rodrot and his group, which claims that Salama Beach Resort and Temple Point Resort refer to one and the same hotel.

"It is false to say that Temple Point is not Salama Beach Resort. The court order giving us back the hotel was clear and I wonder why it has taken so long to enforce it," he said.

Rodrot sees an invisible hand in the saga pulling the strings in favour of the current management.