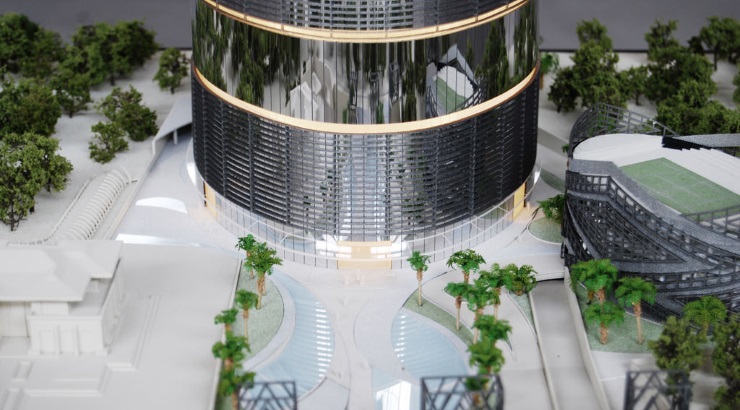 Construction of Sh28 billion Palm Exotica resort in Watamu, Kilifi county, has been thrown into disarray after the environmental regulator stopped the works.

The National Environment Management Authority said they could not issue an environmental impact assessment license.

"The project is in not conformity with the existing planning framework: Zoning plans, and physical planning laws and regulations, survey regulations and Coast foreshore reservations and stability," Nema acting director general Mamo Mamo said in a letter to the developer.

The letter in possession of the Star said the project will have diverse impacts on Unesco site.

The letter dated January 30 to Palm Exotica Limited says there are uncertainties due to the scale of the project in relation to stability.

The uncertainty also surrounds the project's density parameter and proximity to the fragile marine environment.

"Based on the above grounds and in light of the provisions of Environmental Management and Coordination Act, Cap 387, the authority is of the view that the proposed project will not enhance sustainable development and sound environmental management," the letter reads.

Mamo continued:"Consequently, the authority is unable to issue an environmental impact assessment license under the provisions of the Act."

The acting DG urged the developer to either re-design the project to conform with existing planning framework or seek an alternative site.

Should the developer feel aggrieved, a right to appeal at the National Environment Tribunal exists.

Proposed by three Italian investors, the Sh28 billion Palm Exotica aspires to be the tallest in Africa at 370m high, giving the Coast a “little Dubai” that will boost tourism.

A 179-page report indicates the project will be built on a 0.96 ha (2.4 acres), registration number Gede/Kirepwe ‘B’/369 along Turtle Bay Road in Dabaso, Kilifi county.

The total construction area for the proposed project is 209,026 square metres.

The project that comprises a 61-floor luxury tower and posh residential facilities has received opposition.

It would have taken approximately five years to complete.

Among facilities the project would have hosted were five-star hotel rooms, conference facilities and a community school of hospitality.

The high-rise tower would also have accommodated four basements for parking, mechanical and technical maintenance.

A luxury 270-room hotel and a mix of guest rooms and suites were also envisaged.