AND NO LATE-NIGHT DISCOS

• Some young girls o selective in joining secondary schools, preferring to get married.

•The ACC said he has compiled a list of the 100 per cent education transit defaulters and the government is monitoring their every move. 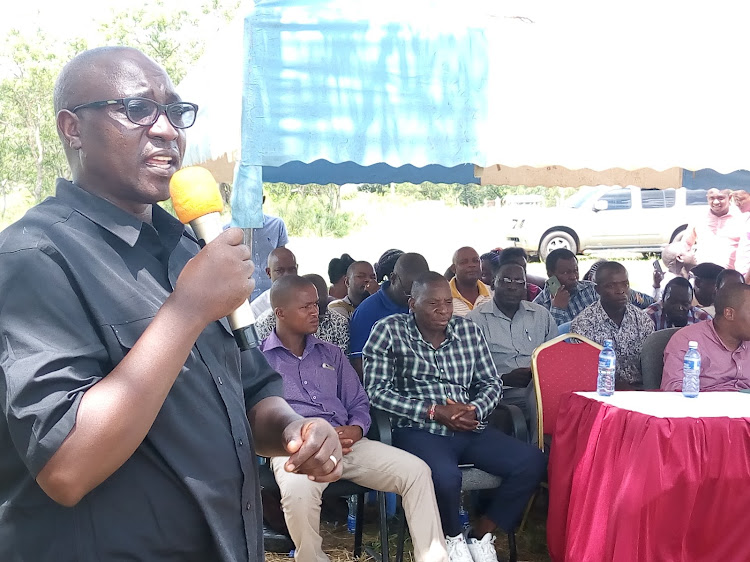 Some parents are actually happy when their children do poorly in primary schools because they think they won't have to bother with sending them to secondary school.

I am surprised some of these parents get excited and happy, knowing their children have got discouraging marks.

“I am surprised some of these parents get excited and happy, knowing that their children have got discouraging marks,” he told a gathering of parents.

Meanwhile, police summoned about 50 parents whose children have not been going to school, and warned them they face arrest.

Kipkemoi said some girls have quit school and gotten married in Kinango constituency in Kwale.

He said it's obvious residents have not yet adopted education, warning that they will be arrested and charged.

Some young girls, he said, become very selective about secondary schools and it later turns out that they want to get married.

The ACC said he has compiled a list of the 100 per cent educational transit defaulters and the government is closely monitoring their every move.

He said nobody will be left behind, telling parents to take every child to school.

Kipkemei asked headteachers to accommodate students regardless of the congestion and other problems, until as the government finds a suitable solution to the problems.

He also warned against letting learners attend night discos, saying the equipment will be confiscated and the owners will be punished. Discos are banned in some areas.

Kipkemei said some students lives have been destroyed by late-night discos, though pregnancy, drugs and alcohol.