• Most of those who have quit are undergoing guidance and counselling at Ukunda Teens Watch offices.

• Convincing them to quit the oldest profession is challenging – they cite poverty and dysfunctional family set-ups as the main reason for involvement in the flesh trade. 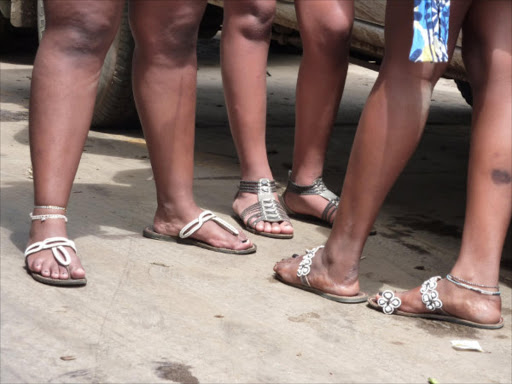 Many female sex workers in Kwale are quitting prostitution, citing the risky nature of the job, according to Ukunda Teens Watch Project officer Joan Chepkirui.

Already, over 2,000 of them are undergoing guidance and counselling compared to 1,000 when the programme started.

Chepkirui said on Friday that more sex workers are willing to quit and lead normal lives due to the risky nature of the trade, especially HIV/AIDS and gender-based violence.

“About seven new clients visit our offices every day saying they want to reform,” she said.

Some 64 of the lobby group's clients are HIV positive.  Forty-four of them are on medication while 20 have relocated.

“The GBV victims are tricked engage in sex without payment, raped and assaulted,”  Chepkirui said, noting that some of them never wanted to do the business.

Her organisation, which was registered in 2002, has employed 26 of the former prostitutes as peer educators.

Chepkirui said convincing them to quit the oldest profession is challenging. They cite poverty and dysfunctional family set-ups as the main reason for involvement in commercial sexual activities.

The official said it is not unusual for some of the women to go back to their previous lifestyle.

A former commercial sex worker (name withheld) said she had been in the business for over 10 years.

She is now a peer educator with Teens Watch. She would not wish anyone to go through what she had experienced.

The peer educator was introduced to the sex business by a friend after being divorced in 2006.

"I went through some serious hardships after my man left me. I had no choice but to take the job, " she said.