Sailors urged to follow the law for ease of repatriation

• Seafarers recruited by unlicensed agents are not covered by insurance if abandoned in high seas. 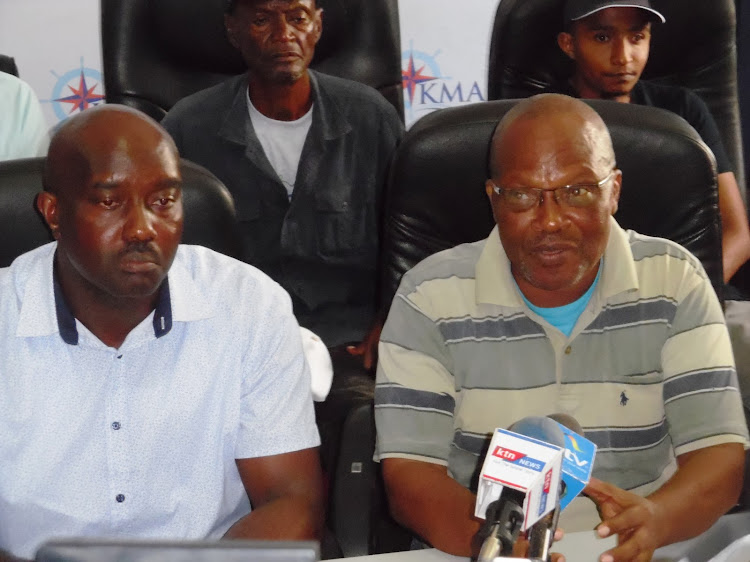 Seafarers have been cautioned against dealing with unauthorised agents in their search for employment to avoid repatriation snags when they are abandoned.

The call came from the Kenya Maritime Authority at a press conference after the repatriation of 10 Kenyan seafarers who had been abandoned in Mozambique since early October 2019.

The sailors were directly contracted by an agent and had not informed the regulator.

“The Authority also found that the shipowner had not signed the seafarers' employment agreements with the Kenyan crew as is required,” KMA director-general George Okong’o said.

“I urge sailors to always follow the laid down procedures before boarding any vessel for a labour engagement. When you choose to follow shortcuts at the end of the day you will not be covered by any insurance,” Okong’o said.

The 10 sailors left the country in August last year. They travelled by road to Dar-es-Salaam before flying to Mozambique to board MV Nina, a Comoros flagged general cargo vessel.

They had been engaged informally on the understanding that they were going to sign employment contracts onboard the ship.

“When we arrived at the port of Pemba we worked on the ship for one and half months before the shipowner informed us that we were going on a one-way delivery trip to the UAE and that we would be paid on arrival and fly back home,”  Frank Mbotela, the captain of the abandoned crew, said.

However, when they asked for employment contracts, they were told to wait for a few days. Days passed into weeks and whenever they asked they were given never-ending explanations.

“Eventually it became a cat and mouse game. Two months passed and we had also not been paid our salaries,” Mbotela said. It was then that they became suspicious and contacted the International Transport Workers Federation (ITF) for assistance.

According to KMA, seafarers recruited by agents not licensed by the regulator expose themselves to infringements of their rights and freedoms as they are not covered by insurance policies.

“Also if you inform KMA of your employment, we would be able to know on which ships you are,” Okong'o said.

The  Kenyans were repatriated through multi-agency assistance consisting of KMA, the State Department of Shipping and Maritime, Ministry of Foreign Affairs and the ITF.

The seafarers are yet to be paid their $72,000 (Sh7.2 million) salaries. The vessel has been seized by Mozambican authorities.