MV Jambo and MV Safari were procured from Turkey at a cost of Sh2.1 billion 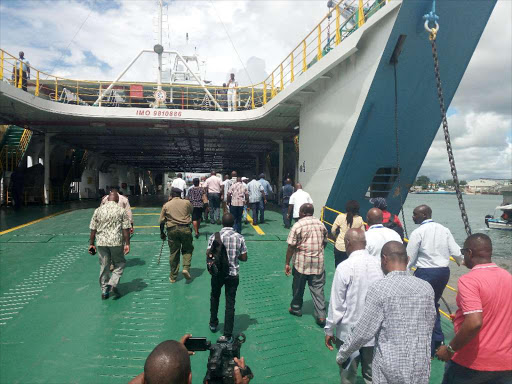 A new ferry is expected to arrive in Mombasa from Turkey before the end of next month.

Kenya Ferry Services managing director Bakari Gowa said the ferry, MV Safari, which was supposed to arrive this month, was ready and only installation and machinery works remained before delivery in February.

MV Jambo and MV Safari were procured from Turkey at a cost of Sh2.1 billion.

MV Jambo arrived in Mombasa in August 2017. MV Safari is of similar model and capacity.

“The parliamentary Public Investment Committee recommended that MV Harambee be dry docked  for maintenance. This is the reason it is not operating,” Gowa said.

PIC recommended the withdrawal following investigations after a car slid off MV Harambee at the Likoni crossing channel killing a woman and her daughter.

The body of Mariam Kighenda and her five-year-old daughter Amanda Mutheu who were in the vehicle were retrieved after 13 days in the sea.

“We are constructing two passengers holding bays on the mainland side and cabro on the passengers path at a cost of Sh74 million. The work is 30 per cent complete," he said.

According to the ferry boss, each passenger holding bay  has a capacity of  4,000 passengers and it will separate men from  women waiting to board a ferry.

Gowa said construction of water way which will be used to collect water  on the mainland side was  70 per cent complete.

He said the cabro project will cost Sh15 million.