Two die after their motorcycle plunges into Indian Ocean

Bodies discovered on Wednesday morning by fishermen at the ocean's shores. 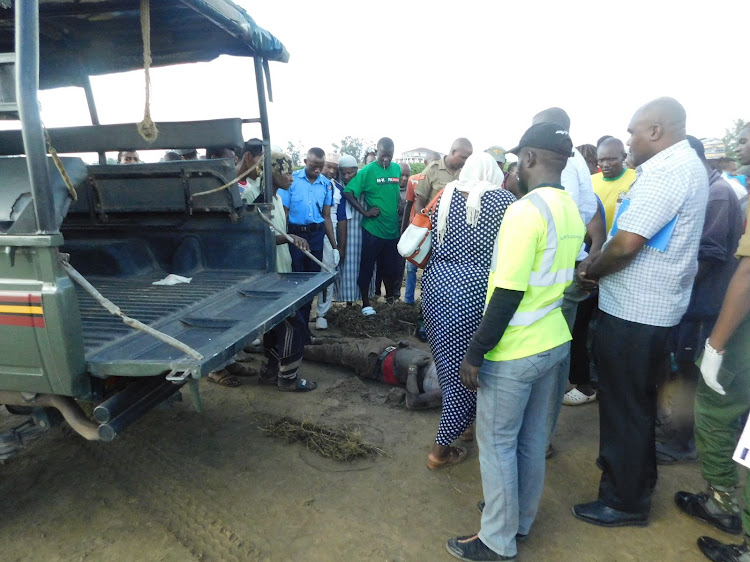 Two people died after the motorcycle they were riding along the Malindi jetty plunged into the Indian Ocean on Tuesday night.

The two men were reportedly riding for fun at night before they lost control at the end of the jetty.

Their bodies were discovered on Wednesday morning by fishermen at the ocean's shores.

Police recovered money and muguka from the bodies while their motorcycle was found a few meters from the edge of the jetty.

Witnesses suspect the men were intoxicated when the accident occurred.

Journalists found police taking pictures trying to piece up information on the circumstances which could have led to their death.

Police and members of the public had to dig out one of the bodies which were partially covered by seaweeds.

Police will start using breathalyser on motorcycle riders to prevent drunk-riding along the roads within the subcounty.

The two bodies were 100 metres apart about 400 metres and 300 metres away from the jetty.

He confirmed the two men died after their motorcycle plunged into the Ocean.

''The two men could have discovered too late that they had reached the end of the jetty as they tried to apply brakes,'' he said.

Otieno said there were skid marks seen about two metres from the jetty a proof that they tried in vain to stop.

The police boss warned motorcycle riders and the general public who use the jetty to be careful to avoid similar incidents in the future.

Yunus Aboud the Malindi Beach Management Unit chairman said fishermen told him they had found two bodies of men who appeared like motorcycle riders and reported to the security agents.

''Kenya Airports Authority and the county government of Kilifi should set up guard rails on the sides and at the end of the jetty to prevent such accidents in future,'' he said.

The chairman also called on the government to impose restrictions such that the area becomes prohibited for residents at night.

Police took the bodies to the Malindi subcounty hospital mortuary for postmortem and the motorcycle was transferred to Malindi Police Station.