50 lives lost, 25 people missing in four years at the Coast.

• Activists say the killings and disappearances have left about 300 children orphans while at least 70 women have become widows.

• They fault the national government, saying it has failed to protect and ensure the safety of its citizens. 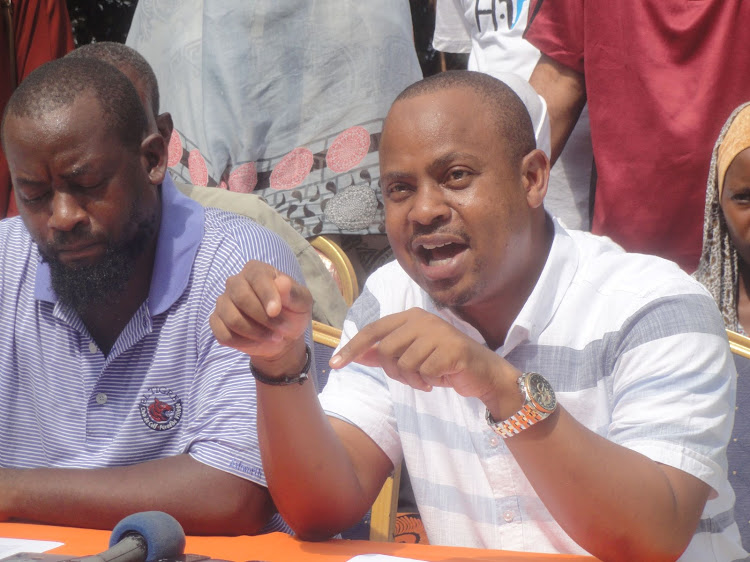 More than 50 people have been killed and over 25 others disappered without a trace in the last four years in Kwale, human rights activists in the county have said.

They said extrajudicial killings and forced disappearance in the county have hit alarming levels.

Speaking during a meeting at Mangro Hotel in Ukunda on Saturday, the activists said this has left about 300 children orphans, while at least 70 women have become widows.

The civil society organisations under the banner of Kwale Network Against Extrajudicial Executions and Enforced Disappearances said cases of armed people alleged to be state security officers abducting and torturing youth have become common.

Led by Human Development Agenda’s Kashi Jermaine, the activists said Kwale is leading in such cases in the entire Coast region.

“There is a list of individuals whose whereabouts are not known to date summing up some of just a few cases of state’s failure to safeguard lives as stipulated in the constitution,” Jermaine said.

They further faulted the national government, accusing it of failing to protect and ensure the safety of its citizens.

They said despite the efforts towards finding justice, the government has offered little assistance.

“Various activists and families of the abducted victims have tirelessly reported these issues to the police, the Senate and other relevant authorities but nothing has been done to ensure justice is served,” he said.

They said there is a need for extrajudicial killings and forced disappearance to be addressed immediately because the affected communities are losing hope with the state, thus eroding the good relationship between them.

The human rights advocates are now calling for intervention by the Inspector General of Police Hillary Mutyambai and the Office of the Director of Public Prosecutions.

They also demanded the county Director of Criminal Investigations to immediately issue them with an update of the alleged cases of killings and abductions.

He said they have lost hope in the judicial system and the only way forward is for the government to take action against the cases.

“We have tried in courts but nothing good is coming from them because our only opportunity is using the habeas corpus or inquests which are not fruitful,” he said.

Lule also blamed politicians for remaining silent as the lives of the electorate are lost mysteriously.

The recent incident of abductions in Kwale includes that of 21-year-old Kombo Mwinyi, who went missing at Mlungunipa village, and Juma Sarai who was taken by unknown men at Kibundani in Ukunda in October this year.

Kwale police, however, said they have no clue about the cases, but said some are under investigation.

The Supreme Council of Kenya Muslims and Kwale Muslims Development Initiative, among others, were present in the meeting.