Will help 1,000 families, each of which will get at least 20 litres of fresh water daily

• A solar-powered motorbike will be delivering the water to individual households.

• Residents will pay Sh5 for a 20-litre jerrycan for which they used to pay up to Sh50 from vendors. 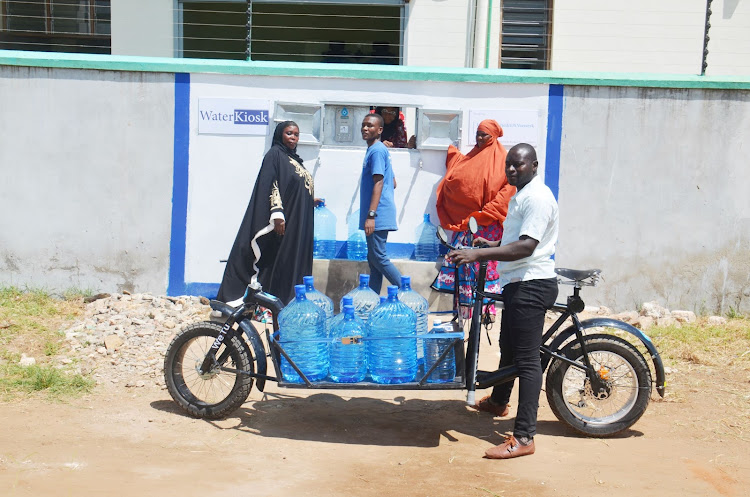 RELIEF: Fresh water from the desalination plant being distributed via a solar-powered motorbike.
Image: BRIAN OTIENO 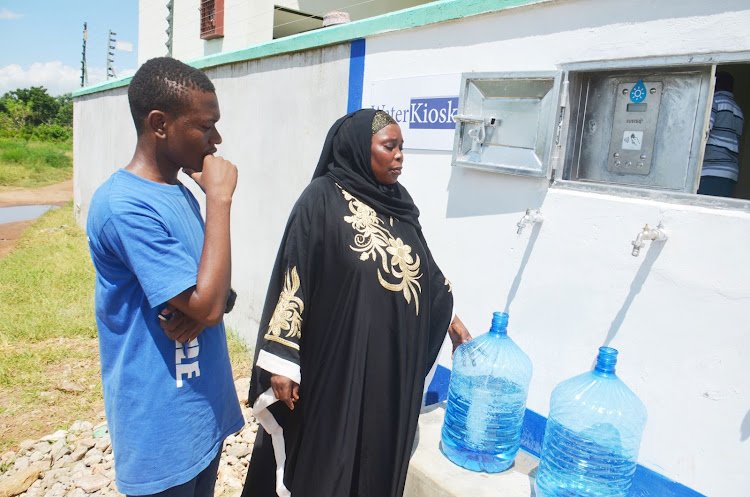 Mtongwe residents can now smile all the way to their kitchens, drink fresh water and kiss their acute water shortage problems goodbye.

This is after a charitable organisation installed a solar-powered water desalination plant in the area which has been experiencing frequent water shortages forcing residents to travel long distances to fetch salty water.

The plant, installed by Bilal Muslim Mission of Kenya with the support of Borea Light GmbH and the Irene and Friedrich Vorwerk Foundation, can desalinate 2,000 litres per hour and up to 20,000 litres per day.

The plant will help 1,000 families, each of which will get at least 20 litres of fresh water daily.

Speaking to the Star on Wednesday, Bilal Muslim Mission CEO Murtaza Jaffer said the plant will not only provide fresh drinking water but also help in other community empowerment projects.

Plans are underway to connect some households to the fresh water so they can access it from the comfort of their homes through taps.

For the moment, a solar-powered motorbike will be delivering the water to individual households.

The income-generating project the community will be charging a significantly reduced amount for fresh water.

Normally, vendors charge up to Sh50 per 20-litre jerrican of fresh water.

The project will charge Sh5.

The highly cost-effective plant, which draws its water from the neighbouring Indian Ocean through pumps, will also be providing water for drip irrigation to the Mtongwe community.

“This plant which cost about Sh9 million and is linked to agricultural demonstration farms using drip irrigation and other modern technologies,” Jaffer said.

The plant was launched on Saturday at the mission’s Al-Ritha Centre in Mtongwe.

Speaking to the Star on Wednesday, Jaffer said the Mtongwe community is one of those that have been suffering from acute water shortage and have felt forgotten.

Jaffer said the intention is to train the local community to take up farming for livelihood strategies, economic and social sustainability.

“We will also be training the locals on modern agricultural practices on their small lands to increase productivity and ensure food sustainability and security,” he said.

“Turning sea water into fresh drinkable water is power consuming. It is very expensive to achieve,” he said.

“The world over is turning to new technologies to reduce the cost living. If this kind of technology is scaled up, it could easily supply households and agricultural farms with fresh water,” Beheshti said.

The Mombasa county government has been mulling a water desalination plant for some time.

The county had identified two sites to establish the plants in Likoni and Shanzu.

In February, Water executive Fatma Awale said they were finalising the finances so as to break the ground for the setup of the two desalination plants.

“By June we should be doing the ground-breaking,” Awale said then.

She said the projects are being done on a Public-Private Partnership arrangement.

The smaller plant in Shika Aadabu, Likoni, she said, was to be done by Swiss company Aqua Swiss at about Sh4.6 billion and would produce about 30,000 cubic metres of water daily.

The larger plant at Shimo la Tewa secondary school in Shanzu would be done by Spanish firm Almar Water Solutions at about Sh16 billion and would produce about 100,000 cubic metres of water daily.

None of the projects has taken off.

Current water demand by Mombasa residents stands at more than 200,000 cubic metres daily but the county can only supply less than 45,000 cubic metres from its sources in Kwale, Kilifi and Taita Taveta counties.

With the new plants, supply would improve to over 70 per cent of the demand.

On Wednesday, Beheshti said they target informal settlements because they are the most vulnerable.

“Many water plants cost a lot to run but with solar power drinking water can be made available to a large population such as those in informal settlements,” he said.

Residents said they hitherto spent valuable time in search of the precious commodity and are now glad to collect it from water kiosks at their doorsteps.

Mwanajuma Bakari and Mwanaisha Rashid said the water they used to drink was too salty and often suffered health complications.

“As a result of drinking contaminated water, we used to suffer debilitating waterborne illnesses and diseases such as cholera and dysentery,” Bakari said. 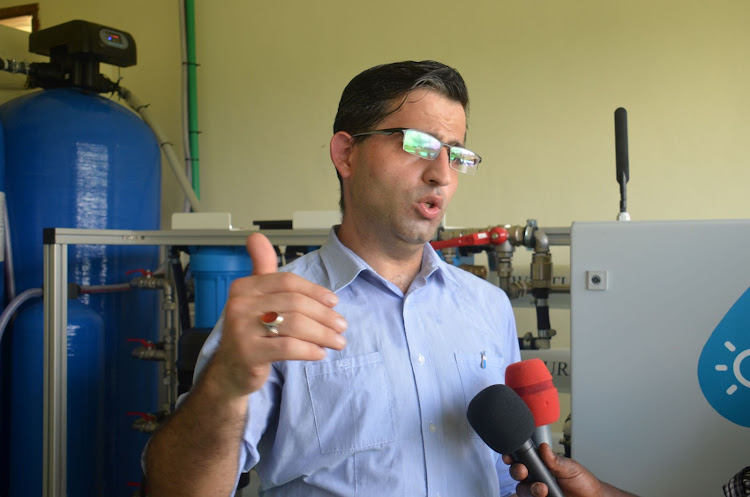 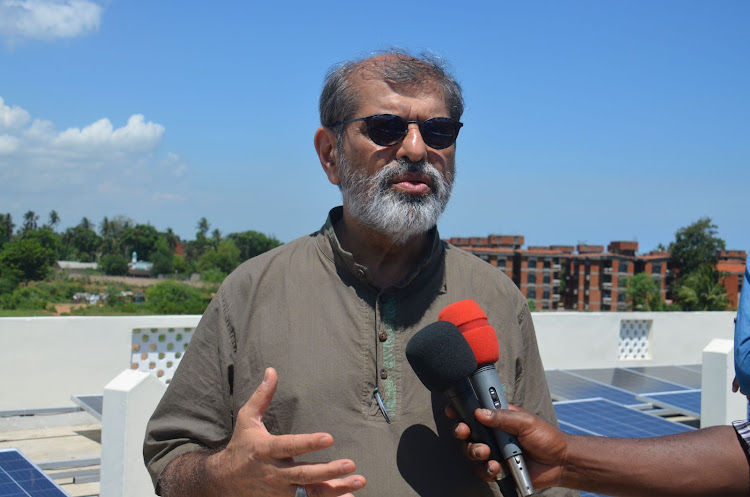