• Bloc chairman says they will come up with recommendations that will move them to harness blue economy and agribusiness.

• Bloc will use the funds to unlock the fisheries, cassava, horticulture, rice, coconut and cashew nut value chains. 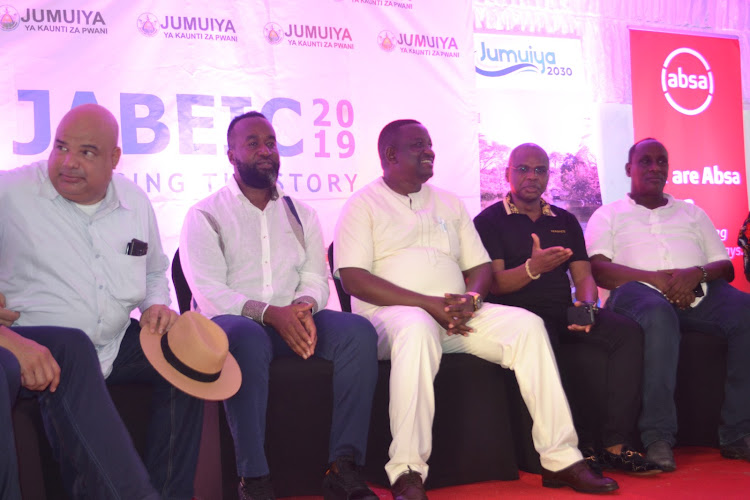 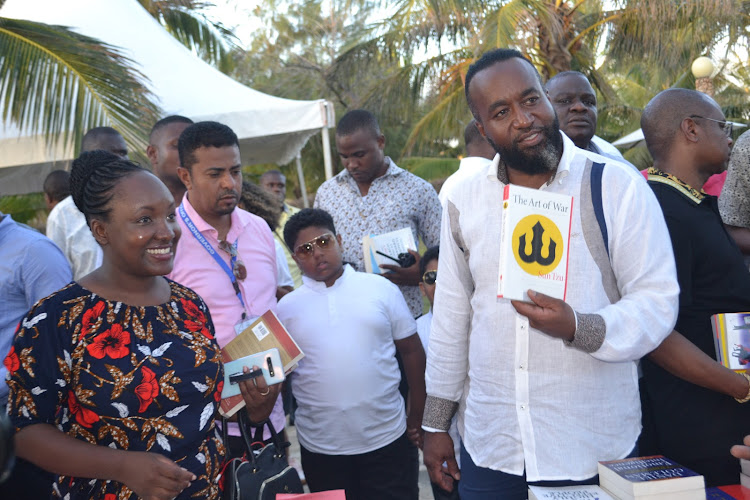 Already, Coast governors have united in a move to push for the Jumuiya Ya Kaunti programmes which are meant to transform the region economically.

Currently, they are attending the second Jumuiya Agribusiness and Investment Conference (Jabeic) at the Ocean Beach Resort in Malindi, Kilifi county, to come up with a strategic plan of the programmes that will be implemented.

Taita Taveta was represented by Deputy Governor Majala Mlaghui while Devolution CAS Hussein Dado represented the national government and the ministry together with the private sector and international partners.

While making the announcement, Mvurya stressed that the governors were united to front the economic development projects, dismissing claims of division among them.

The Kwale Governor said the blue economy and agribusiness projects would touch the livelihoods of the people and revealed that at the end of the seminar, they would make recommendations on which projects would be done and how they would be implemented.

Mvurya said being the second conference, the governors have an opportunity to learn from each other and from experts.

He said among the achievements of JKP is the Go Blue Project being funded by the EU.

He cited another project; the Jumuiya one-million-acre project they are conducting with the Food and Agriculture organization among others.

"At the end of the two days, we hope to illuminate the counties in terms of the investment opportunities so that we can attract many investments and also leverage on our economies of scale and synergy to make sure we propel the counties economically."

The JKP chairman thanked the national government for creating an enabling environment especially setting up key infrastructure that will enable the region to position itself as a key investment hub.

Mvurya said counties have profiled their investment opportunities adding that at the end of the conference, they will come up with recommendations that will move them to harness blue economy and agribusiness.

The Devolution CAS who was the chief guest said they have been working closely with the economic blocks.

"Last year, we had a conference here in the same venue and a lot has happened since, especially in areas of the blue economy, Dongo Kundu among others," he said.

Dado said the ministry deals with all regional economic blocs adding that others rushed without planning and got funding.

He said the Coast regional bloc has taken it slow adding that the national government supported them by offering training to staff to reach that achievement.

Barclays Bank Kenya CEO Jeremy Owuor said it was an exciting opportunity for the private sector to take part in the conference citing significant opportunities.

"More importantly, this is a move meant to look for opportunities to develop and grow business within the counties, that will address issues of unemployment, poverty reduction and generally uplift the people and the communities within all counties part of Jumuiya," he said.

Earlier, Mvurya, Kingi and Joho used the forum to champion for land reforms arguing that it would help empower the local community.

The regional bloc will use the funds to unlock the fisheries, cassava, horticulture, rice, coconut and cashew nut value chains.

The leaders appealed for additional donor and investor support to tap the vast resources in the six counties.