• Official says they receive between 40 to 50 tourists daily from tourism resorts at the Coast. 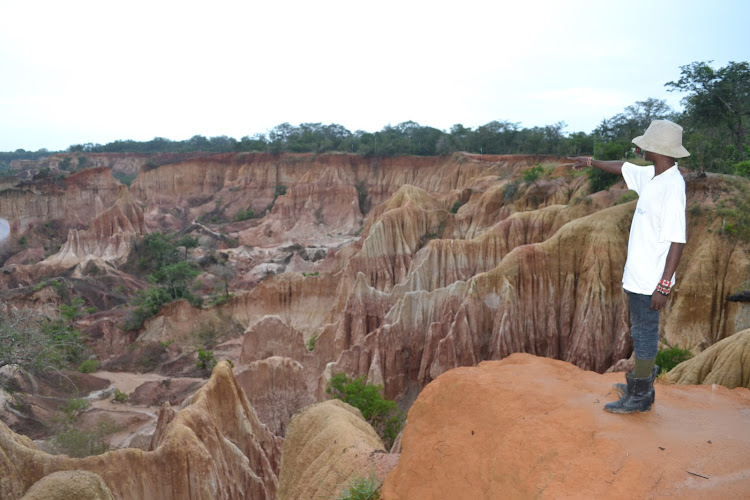 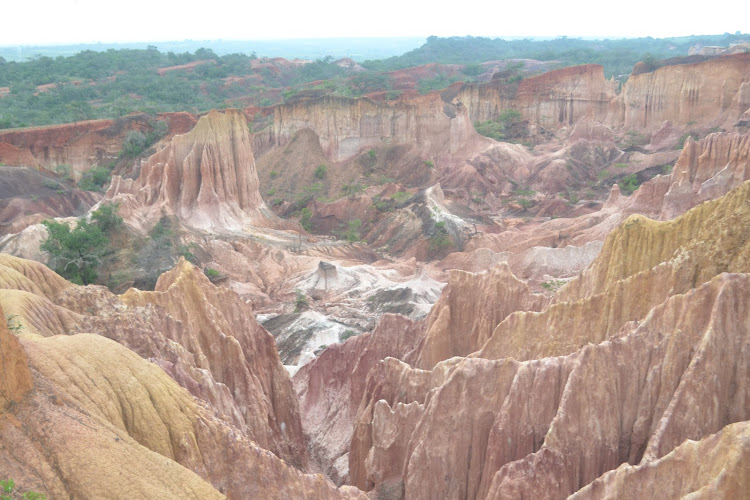 There is a public outcry in Kilifi county's Marafa in Magarini constituency after the government shut down a key tourism attraction site following alleged terror threats.

Hell's Kitchen is a renowned site that dates back hundreds of years and has been a tourist attraction centre for over 20 years.

Marafa Hell's Kitchen is about 45km west of Malindi off Malindi-Lamu Road and can mainly be accessed by road.

It comprises a large eroded area surrounded by many myths from locals that it was once the home of a rich extravagant man whose family used to bathe in milk forcing God to punish him.

The area reportedly sank leaving the 'kitchen' in high temperatures but left openings inside which local guides take tourists on tours for a fee.

However, the subcounty Security committee last month resolved to beef up security due to the threats.

Authorities dispatched six officers who were manning the site daily for Sh3,000 paid by the community managing the area.

Local administration claims the site receives very many tourists but it is too porous and people with bad intentions can easily access it from any direction and harm the visitors.

Journalists toured the site on Monday and found the gate closed. One of the community representatives who were inside said they were no longer operating.

He revealed that they have been forced to return more than 30 tour vans since Friday when the orders came from the committee.

Speaking at the site, he said one month ago, they were summoned in the office of the subcounty commissioner and were informed that there was a threat of terror at the site.

"They gave us conditions among them having police officers man the gate. We agreed on a certain amount to pay them but after three weeks we were called again by the DCC who said the threat was too much," he said, adding that the administrator said security would be withdrawn.

Visits went on until last Friday when they were shut down.

He said they received between 40 to 50 tourists daily who came from tourism resorts in Malindi and Watamu among other areas.

"We have 27 employees here and over 40 households that depended on this site for survival as at September," he said.

They have now been left in a dilemma as authorities were supposed to beef up security as opposed to withdrawing it, Tuva said.

He called on Tourism CS Najib Balala to intervene to resolve the matter as it is tourism high season.

Tuva said they are welcome to a higher number of officers as long as they keep running operations.

Tour guide Peter Ngalla Kadenge said the closure of the establishment has affected their livelihood.

He said it was sad that tourists are turned away at the gate which, in turn, affects the workers.

''On Saturday, 13 vehicles with tourists were turned away and 10 more on Sunday," he said.

Contacted for comment, Magarini subcounty commissioner Mbiuki Mutembei said the site was receiving many local and international tourists daily and needed to be secured for the visitors' safety.

Mutembei said they have directed the tourists association manning the site to immediately erect a perimeter fence before the site can be opened.

Subcounty Police Commander Elisha Cherono confirmed that they had closed the area adding that the site will remain closed till the association complies with all the conditions.

The association was ordered to ensure all the people entering the area undergo screening.