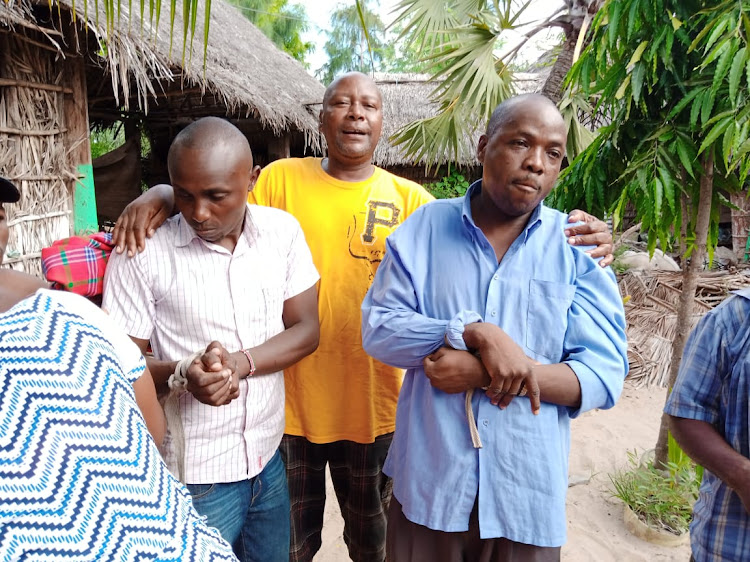 Two Lamu police officers on patrol in Mararani were beaten and tied up on Sunday by residents who accused them of harassment.

Lamu county commissioner Irungu Macharia said on Monday investigations are underway and arrests have been made.

Macharia said the unarmed plainclothes police were on patrol and stopped a man carrying a suspicious bag. "He refused [to surrender it] and started screaming. Locals are said to have overpowered the officers, beaten them and tied them up. One officer lost Sh7,000. The man clamed the officers took his phone," Macharia said.

"We have arrested all of them and are probing the matter," he said.

Residents said two officers visited a drinking den in the village on Sunday and then harassed residents. They said the officers demanded that everyone identify themselves and produce their IDs, which offended villagers.

Those who refused were beaten up, the officers also attacked a youth, stole his phone and beat him up, the villagers said.

The attack on the youth, who screamed for help, prompted the villagers to attack the officers and pummel them. They tied them and marched them to the Nyumba Kumi officer's office. He called the police to pick them up.

Nyumba Kumi elder William Diwa said heavily armed police officers then descended on the village and beat up residents. They arrested 10 men and took them to the Lamu police station.

He said the two officers were supposed to provide security at a wedding but instead started drinking and harassing people. Then the villagers beat them. "The police came here and instead of picking their colleagues, they began beating people. There is tension here."

Diwa said residents are worried that the officers might return for payback.

"These officers need to stop frustrating people. What were people supposed to do when the officers were harassing them and beating them up for no reason?" Nyonyo asked.

Mararani village in Lamu town is home to more than 700 residents and more than 30 drinking dens.