•She said religious curriculum should be a catalyst for peace and not havoc.

• Khasbai said parents must make sure children go to madrasas, churches, temples and other schools to learn religion better. Hinduism, Sikhism, Buddhism too. 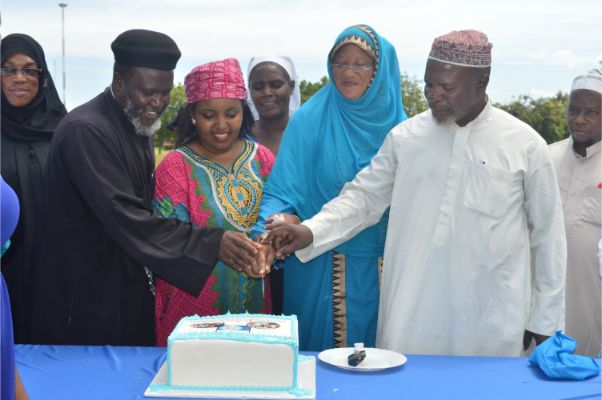 And don't forget Hinduism and Sikhism.

She says the move will reduce animosity and called for changes in the national curriculum.

“Introduction to this kind of education system will help eradicate the barbaric idea that people of different faith are enemies,” Khasbai said. She spoke during the launch of the women's network on Wednesday at Ukunda Showground in Msambweni.

She said if children get to know the teachings of other religious books, then respect will be created.

Clashes over religion are mostly promoted by lack of information and understanding of one another, Khasbai said.

“The scenarios of people accusing and fighting over belief issues are actually caused by insufficient data,” she said, adding that everyone should study other people’s way of life.

Khasbai said religious curriculum should be treated as a catalyst for peace, not havoc.

Khasbai said parents must make sure children go to Madrasa, churches, temples and other schools to learn religion better.

Putting students of different faiths together to study harnesses unity and acknowledges the diversity of religions.

Kwale organiing secretary of the Council of Imams and Preachers of Kenya Abubakar Omar said it is essential for both Christians and Muslims to unite and help achieve religious goals.

Omar said the alliance will addressing common problems of immorality that threaten society.

Inter-Religious Council of Kenya Chairman Fr Joseph Mutie said despite the differences in scriptures, people are confronted by the same problemthat only can be solved by joining forces.