Project will make water accessible to over 200 households

• Diesel-powered plant inconvenienced community who had to rely on fuel from Lamu town, which would take several hours to refuel.

• Safaricom Foundation chairman says the plant will now provide access as many as  1,000 litres of clean water per hour. 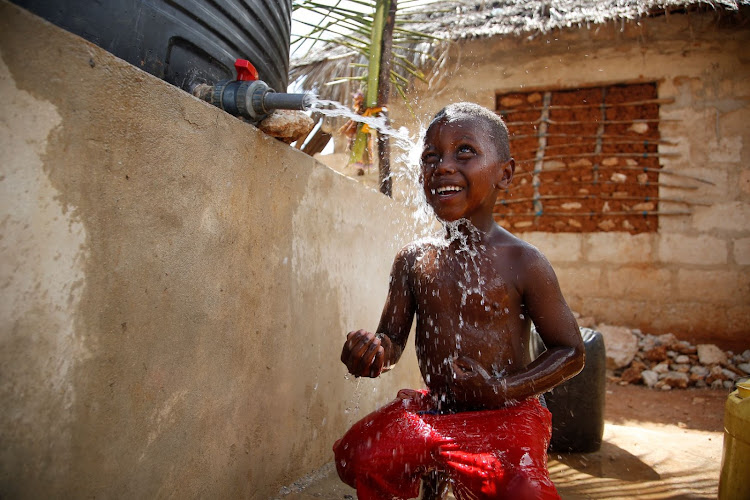 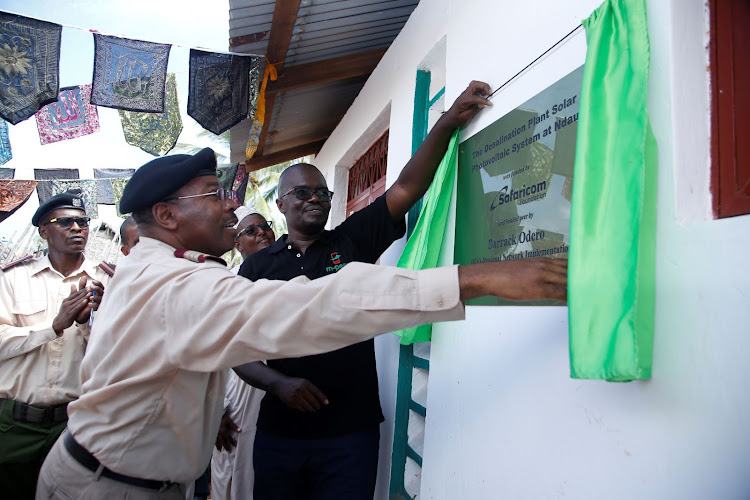 More than 2,000 residents in the remote village of Ndau in Lamu East subcounty will now have fresh water from a solar-powered water desalination plant.

The Sh7.5 million plant was donated by the Safaricom Foundation.

The project is expected to end the decade-long water shortage in Ndau and its environs.

Residents of more than b200 homesteads who have been harvesting rainwater will now access affordable clean water.

Addressing the public on Tuesday during the handing over of the project to the community, Safaricom Foundation chairman Joseph Ogutu said the biggest need was for the community to realise its economic potential.

“The plant will provide freshwater that will transform the livelihoods of the people of Ndau for the better,” Ogutu said.

Initially, the plant was diesel-powered which was costly and inconvenienced the community who had to rely on fuel from Lamu town, which would take several hours to refuel.

But Ogutu said the solar-powered plant will replace the expensive and inefficient diesel generator and will also be able to provide access to as much as 1,000 litres of clean water per hour.

The water system has been redesigned to enable the use of green energy through solar photovoltaic panels and the installation of solar power as an alternative source of energy.

Beneficiaries include the Rural Border Patrol Uni in the area. The project will also address other water-related issues like nutrition.

For sustainability, the system will be managed by a community-based organisation and residents will access water at subsidised rates.

Aisha Abdalla said they can now get drinking water "just by turning on their taps since, on most occasions, we were forced to use unsafe water".

“We’ve had to travel far daily to collect water from wells for our families. We’re now relieved of the hassles of searching for water from far places," Abdala said.

Last year, residents of Siyu Island in Lamu received a similar desalination plant worth Sh2o million by ENI Kenya B.V. It was established through a partnership with the county government and the Ministry of Energy and Petroleum.

It solves a long shortage in Siyu and Pete Island at large.

The move also gave hope to residents at Mokowe and the surrounding areas who had challenges in accessing fresh water.