Some Sh120million has been used to purchase a land, less than an acre, for the construction of the Speaker's house in Manda island.

Confirmed reports indicated that the land, whose acreage is less than an acre, was costed at approximately Sh120 million.

Construction of the house is yet to commence. 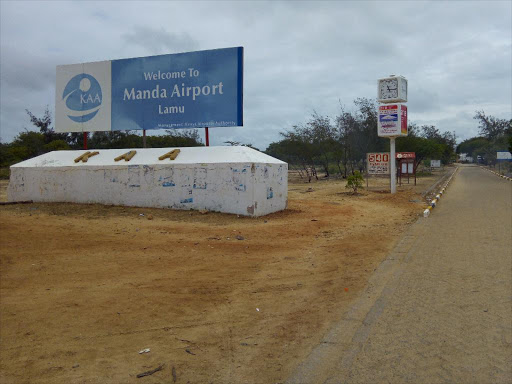 The anti-graft czar has summoned the Lamu county assembly leadership over the purchase of land meant for the construction of the Speaker's house.

This follows reports that the cost for the purchase of the land in Manda island, was inflated, making the Ethics and Anti Corruption Commission sound an alarm.

The duo are clerk and minority leader of the Lamu county assembly.

Confirmed reports indicated that the land, whose acreage is less than an acre, was costed at approximately Sh120 million.

Construction of the house is yet to commence.

The Speaker, Ahmed, when contacted by The Star, confirmed the summons and said they had given all the documents to the EACC, as instructed.

"We followed due process and the figures were issued by land valuers, not me or any other county assembly member," he said.

Wekesa confirmed the summons without disclosing more details into the probe.

The EACC will be looking at procurement procedures, and the whole process over whether the land value was exaggerated and  whether the rightful procedure was followed.

According to sources, the EACC received multiple reports and complaints over the property.

"As you are aware, the commission is conducting investigations on the purchase of land for the construction of Lamu county assembly speaker's residence. For us to conclude investigations, we would like you to avail yourself for an interview and statement recording on November 21st at 10am, at our offices in Malindi," the letter dated November 14, stated.

The letter, that also gave directions to the EACC offices in Malindi, also directed that the two board members be facilitated to go record their statements on Friday, the 22nd.

The cost of land around the Lamu port has for the last few years gone up as investors anticipate to reap big over the port, touted as the largest deep sea port, with the highest transshipment capability in the East Coast of Africa.

President Uhuru Kenyatta is expected to commission the first berth at the port soon.