What does Joho-Ali tussle mean?

• Ali says Joho has all along been using the Mombasa masses as a tool to clamour for lucrative business deals with the SGR.

• Joho denies this, accusing Ali of being a sadist, who is not happy to see his fellow leaders succeed in anything. 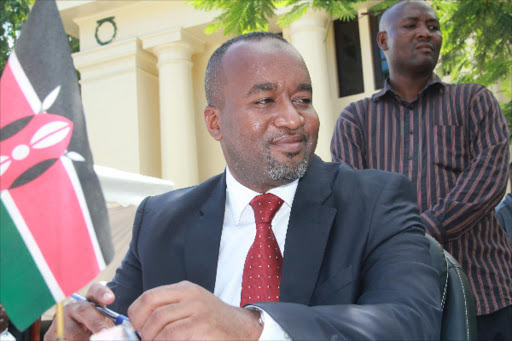 But this was not always the case. Before his election as MP, the former TV journalist was one of Joho’s favourite journalists because he exposed rot in publc officds.

Joho, in his customary street lingo, would refer across the country on political platforms to Jicho Pevu, Ali's moniker earned due to his investigative work.

However, their camaraderie changed soon after Ali declared interest in the Nyali MP seat against Joho’s cousin Said “Saido” Abdalla before the 2017 General Elections.

Ali floored Saido, spoiling the plans Joho had put in place ahead of his last term as governor.

Since then, they've been at odds  over several issues including leadership styles.

The latest bone of contention has been the standard gauge railway directive issued by the government through the Kenya Ports Authority and the Kenya Revenue Authority. the government had ordered that most cargo from Mombasa Port be carried by the SGR to the Inland Container Depot, costing many jobs.

The government says it had withdrawn the directive but protesters say it must be officially withdrawn and degazetted. They say the port is still largely inaccessible to truckers and traders.

Ali says Joho has all along been using the Mombasa masses as a tool to clamour for lucrative business deals with the SGR.

Joho has denied this accusing Ali of being a "sadist", who is not happy to see his fellow leaders succeed at anything.

During the Mombasa International ASK Show on September 5, Joho accused Ali of jealousy —in front of President Uhuru Kenyatta,

He said Coast leaders should be supportive of one another, noting that when one gains, others will also benefit.

“Look at yourself. If you are one of them, stop it,” Joho said.

Ali had three days earlier called on the DPP and the DCI to investigate a deal that a firm associated with the Joho family had sealed with the Kenya Railways Corporation for exclusive use and control of the Nairobi Freight Terminal near Syokimau.

Kushe said on Monday the anti-SGR protestors are hypocrites because they were nowhere to be seen when Joho was fighting the government over plans to transfer the Mombasa port services to Naivasha.

“Where were the Jicho Pevus and the human rights activists when Joho was being humiliated by the government while fighting to block the Mombasa port from being taken away?” asked Kushe.

The MCA said Joho was left to fight on his own when the going got tough. Now he says people want to carve out their name by fighting him.

“Joho’s political star shot up when he fought Uhuru Kenyatta. And now there are people trying to use the same tactic so that their political stars too can shoot up. This will not happen. Joho is a chosen one,” said Kushe.

On Monday, Ali said Joho betrayed the Mombasa people when he allowed himself into the lies of the government.

The MP said CSs Fred Matiang’i (Interior) and James Macharia (Transport), and by extension Joho lied that the SGR directive had been lifted yet it is still in force.

The Black Monday is a name given to the weekly protests against the SGR-only haulage directive for cargo bound for Nairobi.

“This SGR business is not Kenyans’ business. It is for mercenaries who have shared portions of it. The first one is Governor Ali Hassan Joho,” Ali during the November 11 demos.

He said Joho is fixated on his business interests and does not care about the people of Mombasa.

During the Mashujaa Day Celebrations in Mombasa in October, instead of articulating the problems the SGR has caused to the people, Joho pledged his allegiance to the government, Ali said.

Joho’s allies consider Ali as a tick on a bull’s skin.

They say he is trying to position himself as a brave politician who is not afraid to punch above his weight. Mombasa county director of communications Richard Chacha has been dismissive of his former colleague in the media industry.

Chacha has always argued that responding to Ali would give him, not Joho,  political mileage as he is still green in politics.

“We cannot allow him to use the Governor’s name to repair his tattered profile. Let him deal with the MCAs. That is the league he belongs to,” Chacha on the phone on Wednesday. 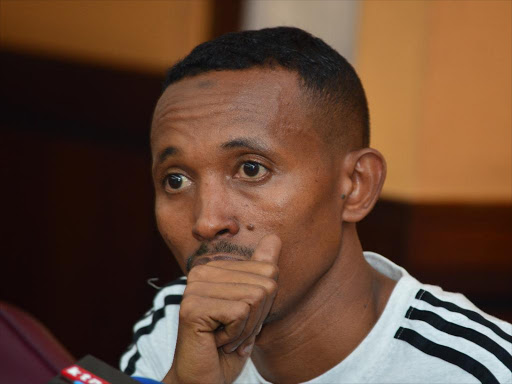