• Governor accused of appointing allies and campaigners to the Cabinet as a reward for helping him win in 2017.

• He had asked the CECs to sign a two-year renewable contract, but all were asked to hand over to their COs. He will decide on reappointments or permanent exits. 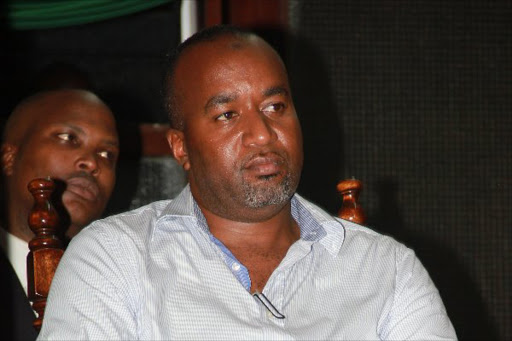 Mombasa Governor Hassan Joho wants an evaluation of all 10 CECs who existed when their contracts expired last week.

There is anxiety operations will be undermined by the CECs' sudden exit, however, communications director Richard Chacha said Chief Officers will be in charge before a substantive Cabinet is appointed.

Chacha said the governor has chosen a committee to assess the performance of his executives. they will report back in four days.

"However, it is the governor's discretion on who will be re-appointed and who will be dropped," Chacha said.

The Cabinet members were asked to hand over to their Chief Officers on Tuesday last week. Some were taken aback.

In November 2017 after reelection, Joho picked a 10-member Cabinet for his second term.

He dropped seven executives who had served in his first term (2013-17) and retained only three: Hazel Koitaba (Finance), Taufiq Balala (Transport) and Fatma Awale (Water).

Koitaba was re-appointed to the Health docket, Balala and Awale maintained in their dockets.

Rashid replaced Joab Tumbo, who was appointed Chief of Staff while Mwamtoa took over from Anthony Njaramba who is now the Mombasa Water Services MD.

Njaramba was a hotelier by profession and was among Joho's favourites.

Nyale took over from Francis Thoya who was appointed county secretary but later dropped.

Kingi replaced Tendai Lewa who had travelled abroad for studies.

Joho was accused of appointing allies and campaigners to the Cabinet as a reward for helping him win the 2017 General Election.

Rashid is Joho's long-time friend and confidant while Mwamtoa was a running mate of former Nyali MP Hezron Awiti, who lost to Joho in 2017.

Nyale was an ODM Mombasa Returning Officer. Kyalo is believed to have helped Joho win the youth and the Kamba community votes. Kingi helped him win the Mijikenda vote.

Odongo, Kingi, Nato all hold PhDs, Mbaruk was handpicked from the National Bank.

Chief Officers' contracts will end in February next year and they too will exit, pending assessment of their performance, a senior official within Joho's government told the Star.

"We are waiting for the governor to make appointments, but we do not want to speculate who will make the cut or be shown the door," the source said.

Post a comment
WATCH: The latest videos from the Star
by CHARLES MGHENYI and RUTH AURA
Coast
19 November 2019 - 07:30
Read The E-Paper