• MP says Malindi was a world-renowned tourism destination but lacks means of getting there quickly.

• Lobby members say completion of the project will attract many potential investors. 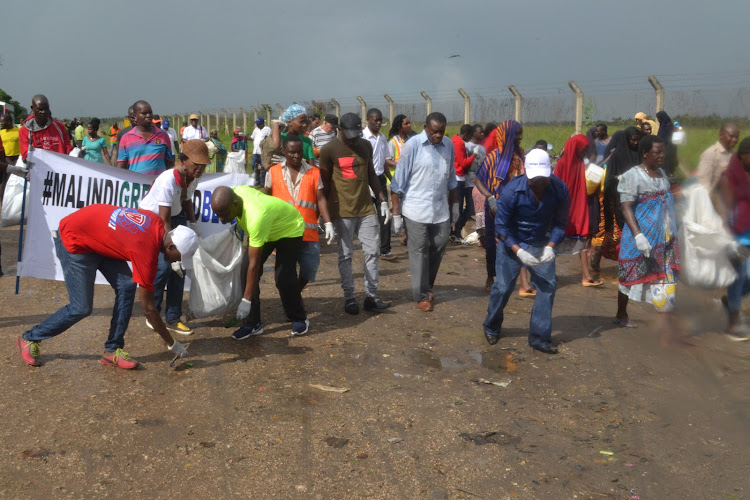 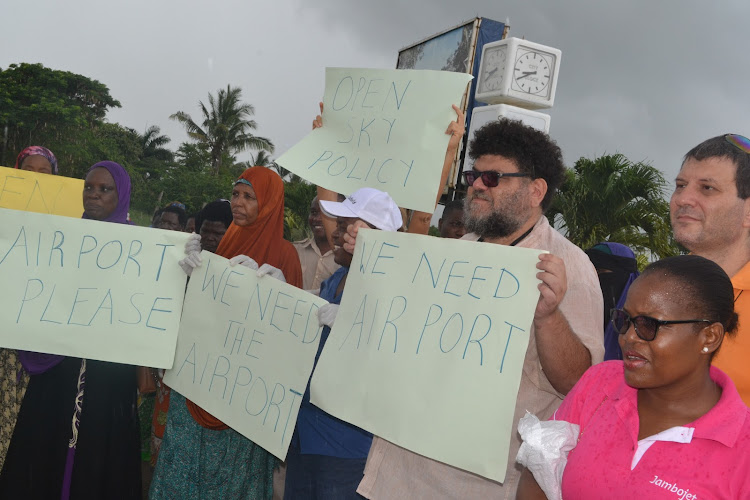 A Malindi-based lobby wants the government to speed up the expansion of the international airport to help revive the tourism sector in the resort town.

Malindi Progressive Welfare Association, which has been at the forefront in cleaning the town for the last seven months, say the delay in expanding the facility is affecting business.

The association comprises tourism investors, the business community, Women in Tourism, the Malindi Municipality board members and the county government.

They gave the government up to August next year to ensure the runway expansion is ready to enable bigger flights land.

The stakeholders spoke during the seventh monthly clean up aimed at turning Malindi into 'a green and blue city'.

Currently, the government is supposed to expand the runway from 1.4 kilometres to 2.5 kilometres to enable larger flights land directly from other countries.

Addressing journalists after the cleanup exercise that was also attended by Kilifi North MP Owen Baya, Mwikali said there are many potential investors ready to invest in the hospitality sector if the expansion is completed.

"The cleanup has given hope to Malindi, it's just the airport that is going to bring the change that we need, we are already looking at industrialisation with companies doing recycling," she said.

Mwikali, who is also the chairperson of the Kenya Association of Women in Tourism at the Coast, said they are eyeing the companies willing to initiate circular economy and blue economy.

Mwikali said the issue of the airport was no longer a matter of negotiations but doing what is good for the people.

Baya said Malindi was a world-renowned tourism destination but lacked means of getting there quickly.

"One of the major problems for Malindi and its growth is the airport, Ethiopian airline wants to fly here and we want direct flights from Italy and Europe but that cannot happen because this airport cannot sustain those flights,'' he said.

The legislator said the land was available after squatters vacated to pave way for expansion.

He asked the authorities to compensate the remaining squatters to give room for the project.

"A lot of money is being put on roads that sometimes are not even useful for this country and you see a lot of billions being taken to places which economically are not viable,'' he said.

Kenya Association of Hotel Keepers and Caterers in Kilifi chairperson Maureen Awuor said the expansion issue has taken too long.

She said the closure of Wilson Airport has affected business as most local flights to Malindi operated from there "and it will be difficult for tourists to access the resort town".

''We are only relying upon the flights that are coming from JKIA," Awuor said.

Hotelier Philemon Mwavala said the airport will complete the infrastructure layout for Malindi after the government tarmacked the Malindi-Salagate Road leading to Tsavo National Park.

"We feel the expansion will be a major contributor of encouraging more investors to come to Malindi, currently, the job situation is very pathetic, a lot of citizens are suffering because of lack of employment," Mwavala said.

Malindi Municipality Board chairman Aliasgar Kassamjee also pleaded with the government to complete the expansion.

He said Malindi attracts majorly Italian tourists who spend many hours travelling to the destination, citing the size of the airport.

Last week, Italian Billionaire Flavio Briatore called on the government to complete the expansion "as there were investors willing to invest in the resort town".