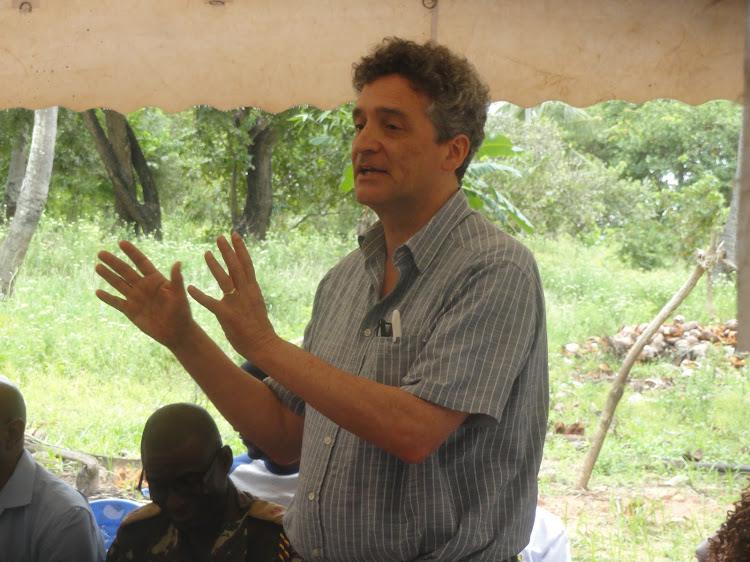 Some 52 Nguluku families in Kwale have a reason to smile after the national government granted a mining company a variation licence paving the way for their compensation.

Base Titanium, an  Australian company, will be issued with the Special Mining Lease in two weeks’ time.

The licence grants Base Titanium the permission to compensate and evacuate the residents as it extends its extraction base in the county.

It also means that the extraction contract will be extended by one-and-half years, ending in 2024.

Administrative secretary in the State Department of Mining and Petroleum Fredrick Ndambuki said the Attorney General had authorised the issuance of the licence.

Ndambuki, who spoke on Tuesday at Msambweni, said Base Titanium can now sort out residents willing to relocate immediately they are compensated.

“The firm can continue with the payment and other exercises because there is an assurance of the existence of their Variation Licence,” he said.

He said the improvement and conservation of the environment using enhanced equipment in the primary zones of mineral extraction were some of the conditions the government had given the company to strictly adhere to.

“Base will now use dust nets where that sand is mined and stored to curb excessive sprinkling of fine dust blown when it is too windy,” Ndambuki said.

Further, it will conduct surveys in water catchment areas and in the air to ascertain the amount of harm that might befall locals.

The Kenya Wildlife Service and other government departments will ensure minimal human-wildlife conflicts in the area.

The secretary said the areas surrounding Mkurumudzi Dam will be declared riparian zones for the good of Nora and Kibwaga residents.

Base Titanium general manager for Environment and Community Affairs Colin Forbes said they will engage the community for acceptable compensation agreement.

"There is a committee which includes the national and county governments, lead agencies and area elders among other leaders. We came up with this package which has now been approved but relocation and payment exercise will take a while since we have to put the right legal procedures in place," Forbes said.

He denied that they were degrading the environment and being hazardous to residents.

Last month, some Nguluku residents complained that the company was endangering their health with its extraction activities.