Traders back reduction of Kwale roadblocks

• This comes several months after Police IG Hilary Mutyambai ordered the removal of most checkpoints and traffic roadblocks on major highways. 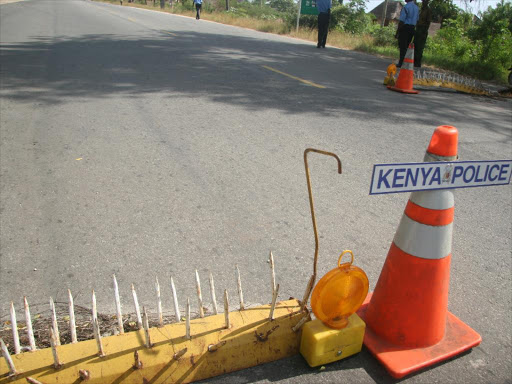 Traders in Kwale county have praised the government for reducing the number of roadblocks.

Led by an industrialist Richard Osongo, they said they have been losing money because of unnecessary delays caused by police at roadblocks.

“Tonnes of perishable goods used to go to waste because traffic officers tended to hold vehicles for hours,” he said.

The traders said the removal has helped curb corruption since roadblocks delays were a major way to solicit bribes.

Thank God, the boda boda business is now something we can be proud of, unlike when police used to man the roads and all money used to go to them.

He said the amount they could spend on bribes surpassed their daily profits.

Gatiwi said they are now enjoying the fruits of their hard labour as there is minimal disruption.

"Thank God, the boda boda business is now something we can be proud of, unlike when police used to man the roads and all money used to go to them," said Gatiwi.

Juma Mwakunyinyia said fares could now decline because most public transport operators were using bribes to police to hike fares.

“A major rush occurred when traffic units were in operation and the few vehicles that managed to be on roads doubled transport fees," Mwakunyinyia said.

Sometimes passengers were forced to alight and look for alternative transport when police conducted major crackdowns on roads.