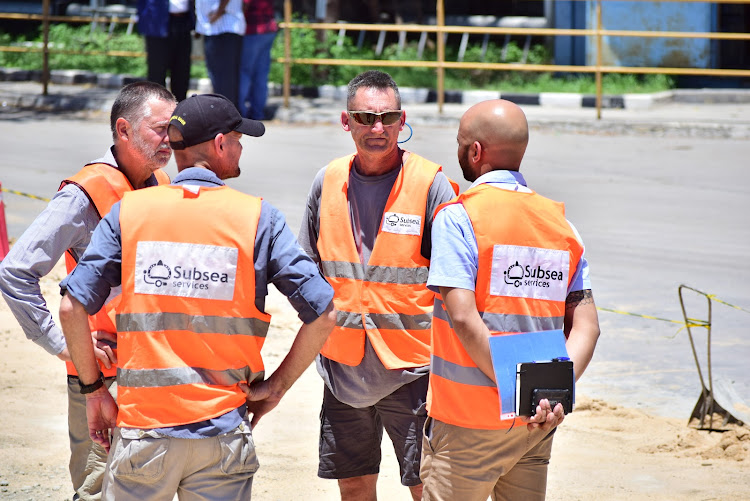 The Likoni Channel was cordoned off on Monday and declared a military zone as efforts to recover two bodies continued for the eighth day.

Three South African scuba divers arrived in Mombasa, ready for the operation to try and retrieve the bodies of the two family members who died after their vehicle slipped into the Indian Ocean on September 29.

Mariam Kighenda, 35, and her four-year-old daughter Amanda Mutheu were in the Toyota ISIS that reversed while the ferry was still midstream and sunk into the Likoni crossing channel.

“I want to confirm that the divers have arrived. The government has brought in three South African divers and the family has also brought its own foreign divers,” said Mwazo.

He said the Mbaraki Wharf at the Likoni channel, where the operation to retrieve the bodies was being coordinated from, will be cleared and remain a military zone.

“We now want this area to be cleared; we will give you an update of the operation later in the evening. For now, let us give the Navy and the South Africans a chance to carry out the operation,” he said.

The foreign divers that had signed at the KFS visitors’ book on Monday were Obby, David, Neil and Ezekiel.

A KFS source said this was the first batch of the South African divers that was expected to arrive in the county on Sunday. The second batch was to arrive on Monday evening.

The South African divers will join the Kenya Navy to try and retrieve the bodies of Kighenda and her daughter.

The family of Kighenda however said they will not talk to the press.

“I do not want to confirm anything now. We’ll talk later on,” said Luka Mbatia, the family spokesperson.

Mombasa Governor Hassan Joho had on Wednesday given the family Sh2 million  to hire private divers from South Africa to assist in retrieving the bodies.

Initially, the family had agreed to pay local divers Sh250,000 to retrieve the bodies. They had already paid Sh100,000 as a down payment for the exercise.

Mwazo said the government will reimburse the family what they had paid to the private divers and cater for all other expenses.

ODM leader Raila Odinga, Transport Cabinet Secretary James Macharia, Transport Principal Secretary Esther Koimett are among leader who have been to the Likoni channel since the tragedy happened.