The 370-metre tower will have posh residential facilities, designed to look like a palm tree

• They say it will provide job opportunities and open up the area for development.

• Investors plan to start construction in phases starting December if Nema approves it. 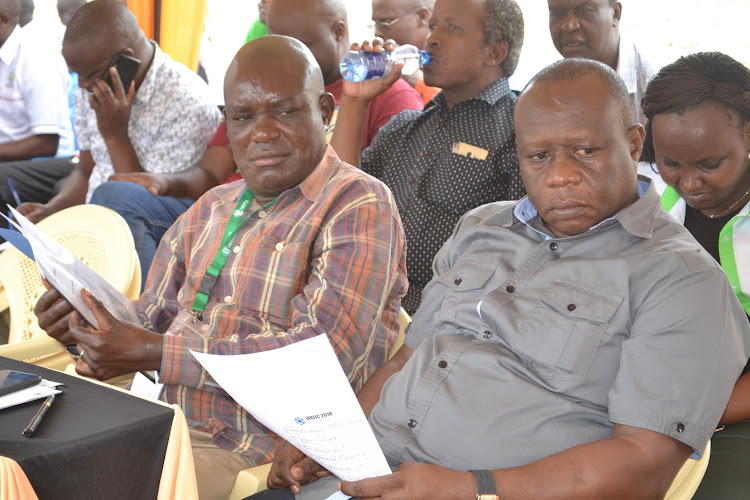 The Kilifi county government and residents of Watamu and Dabaso have unanimously endorsed the proposed Sh28 billion Palm Exotica project, be the tallest building in Africa.

Hundreds of residents from Watamu, Gede and Dabaso on Sunday attended a public hearing where they said they wanted the project to start immediately to create jobs and open up the area.

None of the speakers opposed the project during the public hearing Dabaso and attended by the community, national and county government officials, Nema, project investors and their team.

Some of the speakers criticised some foreigners they claimed were against the project.

The project investors — Italian veterinary doctor and property investor Giuseppe Moscarinno and Career Private Fund manager Oliver Nepomuceno–were present during the hearing and thanked the community and leaders for endorsing the project.

They plan to start construction in phases starting December if the National Environment Management Authority approves it.

Moscarinno said the project will be constructed by Dutch company Drees and Sommers, which has offices in 23 countries.

"We are now waiting for the final decision from Nema so that we start," he said.

Kilifi North MP Owen Baya and county secretary Arnold Mkare represented Governor Amason Kingi. They said the project was important for Watamu as it would open up development.

Baya dismissed the project's critics calling them enemies of development.

He said the project area is more than 300 metres from the high watermark.

"Nema, stop double standards allowing people to build on the beach, the project is off the 60 metres from the high watermark, these people here want jobs, things that will make their lives better."

The MP said powerful people could influence a negative decision by Nema, on grounds of environmental issues.

Mkare said the county supports the project and asked Nemato approve it so the governor can lay the foundation.

He told the investors to ensure all MoUs and corporate social responsibility are drafted and followed.

"As a county government, we will sit with MCAs to begin training youth because the project will require professionals," he said.

Gede resident Katana Ndurya said whoever is opposed to the project was undermining efforts of President Uhuru Kenyatta and Governor Kingi.

"We won't entertain such mentality in this era of globalisation," he said.

Ndurya said the tower design resembles a palm tree and would promote the culture of the local community.

Hesabu Bakari, representing the youth of Dabaso, asked the investors to consider residents for managerial positions once the project is complete.

She also called on the investor to compensate the locals residing near the site as they would be moved during excavation and construction.

Regional Nema director Titus Simiyu said they had taken note of all views to be forwarded to experts.

Simiyu asked anyone with other views to submit to them within two weeks before a conclusion is made.

"No decision has been made. So far we are on data collection after analysis we will make a decision in two weeks as required by law," he said.

County commissioner Joseph Keter assured the investors and foreigners living in Watamu of security, saying some critical statements were made out of anger.