The operation follows the recovery of three vehicles from various locations in Tanzania.

• The vehicles' registration numbers and tracking devices were tampered with.

• A motorcycle stolen at Muthangari Police Station in Nairobi also recovered in the four-day multi-agency operation. 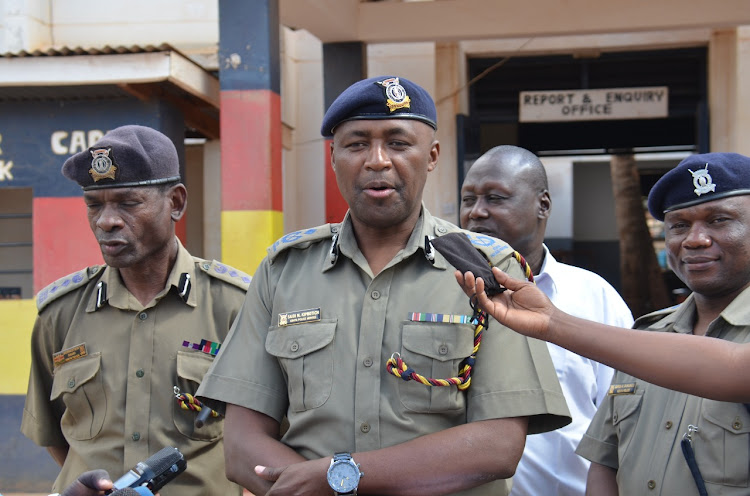 The recovery of three stolen vehicles and a motorcycle in Tanzania has prompted Interpol to start investigations on cross-border car thefts in Taveta town.

The vehicles were traced to various locations in Tanzania in a four-day multi-agency operation.

The motorcycle was stolen from Muthangari Police Station in Nairobi.

“The recoveries are KCH 608S, a white Toyota Axio, KCV 145L a white Toyota Isis, KBU 418C, a white FH 215 Mitsubishi Lorry and KMEM 280Z, a red boxer motorcycle,” according to a post on the Directorate of Criminal Investigations Facebook page.

The vehicles are awaiting identification by their owners at Taveta DCI offices. Their registration numbers and tracking devices had been tampered with.

He said the Toyota Isis theft suspect fell into a quarry and died while trying to escape the arrest.

“He did not know the terrain. Tanzanian police are handling the case to identify the suspect,” Kiprotich said.

He said that the vehicles are smuggled through the porous border regions of Taveta and Namanga to Kilimanjaro region towns of Rombo, Moshi and Arusha.

He said that border patrols have been intensified.

“Some of our patrol stations like Chumvini, Kitoboand Madarasani have been upgraded to full-fledged police stations,” Kiprotich added.