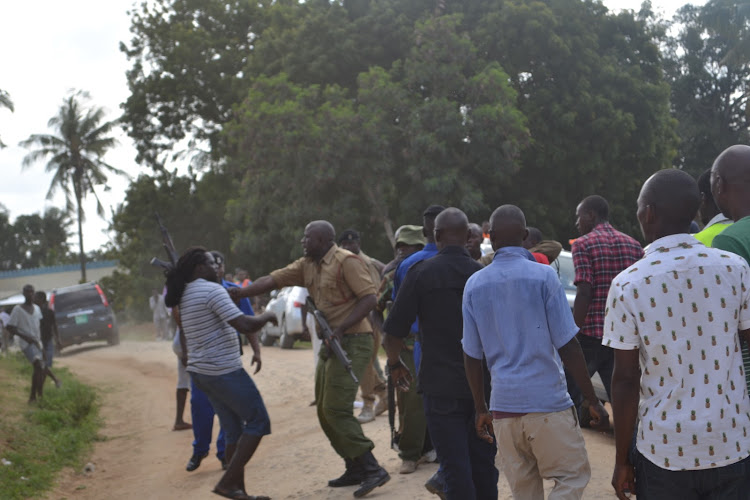 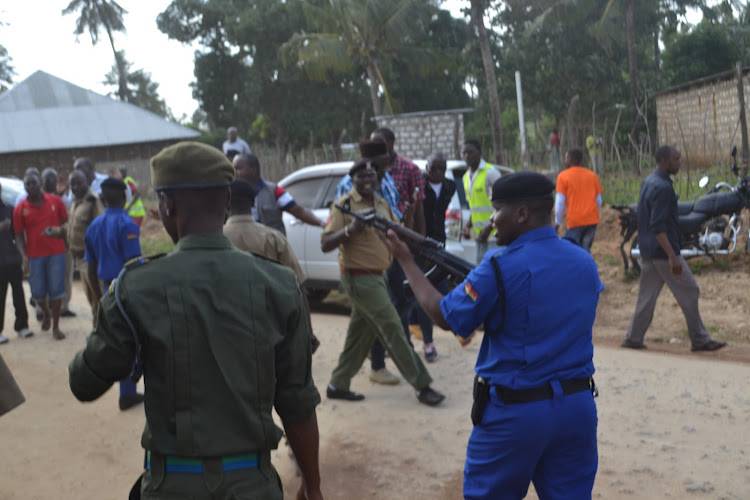 There was a fracas at Mkaomoto area after locals heckled ODM leaders and top Kilifi county government officials when they turned a development meeting into a political rally for the Ganda ward by-election.

Trouble started after political leaders began campaigning during the meeting which was publicised as a launch of a dispensary at the home ground of independent candidate and former MCA for Ganda Abdulrahman Omar Mohamed.

The dispensary project was allegedly initiated and approved by Omar before the court nullified his election.

Angered by political statements, youths some holding placards for Omar, began heckling and shouting at the former MCA who was at the podium, telling him to stop lying to the people of Ganda and focus on development which was the agenda and not politics.

All that happened in the presence of the Deputy Governor Gideon Saburi, who was the chief guest and MCAS, former Member of Parliament Willy Mtengo, unsuccessful Jubilee parliamentary aspirant for Malindi Phillip Charo and other top county government officials.

Some county security officials wearing sunglasses and walkie talkies grabbed some of the youths who were heckling and began frog-marching them outside the venue.

As this happened, police officers who were at the meeting moved in fast, trying to control the crowd that was moving towards the area and nearly shot at people as they aimed at people threatening them with the guns.

At one time they turned against the ODM supporters who were caught up in the fracas as they tried to restore calm.

Locals shouted 'Abdhere Abdhere' referring to the former MCA who was not present as a crowd came to watch the drama at the roadside.

Police later allowed the youths who were heckling to return to the rally after an agreement with the ODM supporters but they never kept quiet until the meeting ended.

The Deputy Governor said the meeting was a county government development forum to launch the dispensary and should not be interpreted as a political rally.

However, he endorsed the candidate for ODM Reuben Katana who was present urging locals to vote for him during the by-Election set for October 17.

''We came to launch a project which is important for Kilifi county, the project has nothing to do with politics, it's because the county government understands the problems of Ganda people,'' he said.