Mining in Taita is often a curse, says KNHCR 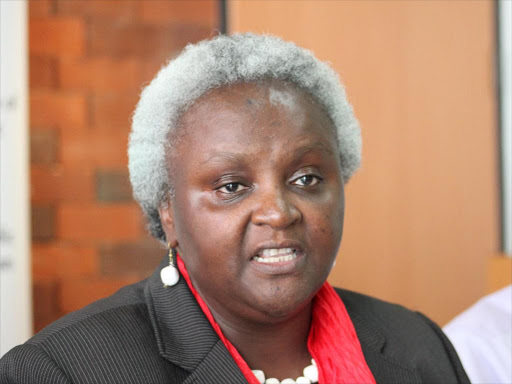 The Kenya National Commission on Human Rights, in a report on the region, said most landowners do not have title deeds in areas of active mining. Therefore, their land is taken and they languish in poverty.

KNCHR chairman Kagwiria Mbogori said on Wednesday that unresolved land disputes in the county hindered the affected communities from benefiting from mining rights.

“Communities complain of non-involvement in land ownership decisions in mining areas," she said.

Accuracy is compromised in determining the extent of land rights and there are gaps in implementing accurate land surveys and access to accurate and up-to-date land records,” she said.

Residents are also exposed to environmental health and safety risks due to open-pit mining that has caused the deaths of people and livestock.

“So many open pits and weak support in underground mines have claimed many lives with cases of flood water entering the mines with miners inside and criminals using the uncovered pits as hideouts,” Kagwiria said.

The public inquiry was conducted in mining areas including Kamtonga, Mkuki and Alia in Mwatate and Kishusje in Wundanyi. Other araes included Kasighu in Voi.

The commission also said there was increased sexual abuse and harassment among children and women in the mining sites.

“Children were lured by money and sexually abused by mine workers in various social places,” Kagwiria said. She proposed regular and enhanced monitoring of children's rights violations and administration of justice.

She spoke during a conference on sustainable development in the extractive industry in Africa held in Voi on Tuesday.

The Center of Excellence for Mining, Environmental Engineering and Resource Management project (CEMEREM) is a partnership between Taita Taveta University, TU Bergakademi Freiberg and the University of Applied Sciences Dresdewhich promotes research in the extractive industries.

The PS said that the ministry has drafted a bill to establisha National Mining Institute.