•After almost every attack, from the times of former commissioner Nelson Marwa to today, police claim to have identified the gang members. Arrests are imminent, they always say.

•Communities in the stricken areas in Mombasa claim to have forwarded names of well-known suspects to police. 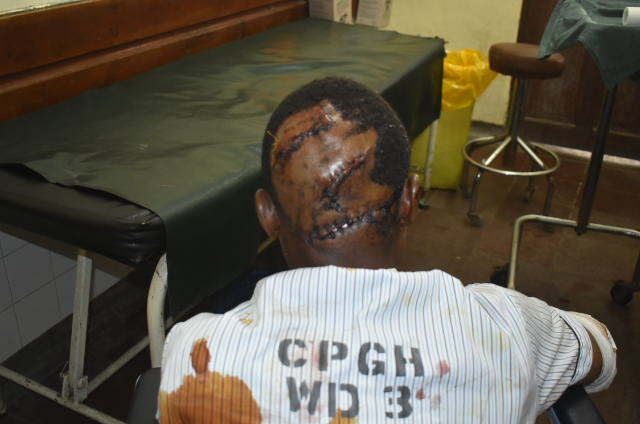 “Just why can’t police arrest and deal with Mombasa gang members once and for all?” Peter Kimathi asked while suffering the pain deep cuts in his head and hands.

He is among seven residents who were the latest victims of panga-wielding gangs on Sunday at dawn.

He suffered three deep cuts on his head, twos on his right hand and another on his left elbow.

He said police had the names of 11 other gang members and there would be arrests by Sunday evening.

“They are all known by the community we will get them if they don’t surrender,” Yaqub said.

On August 11, Interior CS FredMatiang'i ordered an all-out war on drugs at the Coast blaming them for crime and many social ills. This announcement followed an attack much like the one on Sunday.

This is not the first time police claim to know the criminals who have killed dozens and left tens with serious scars in periodic attacks.

Almost in every attack, from the times of former Mombasa county commissioner Nelson Marwa, when Wakali Kwanza and Wakali Wao seemed more organised,

Communities in the stricken areas in Momba say they forwarded names of suspects to police.

We had a lot of hopes after we got new police commanders in Mombasa, but the situation remains the same

While police confirm receipt of the names, residents say they don't see serious action ever taken save for arrests of two or three suspects followed by threats, and then silence.

The presence of the gangs in the streets is terrifying residents, many of them blaming the police.

Some government officials have been blamed for protecting wanted gang members in Kisauni.

Recently, the state moved to reshuffle top police chiefs after a 30-man gang attacked residents in Bamburi leaving more than a dozen with severe panga-cuts.

“We had a lot of hopes after we got new police commanders in Mombasa, but the situation remains the same,” Gloria Mwazera said at Coast General Hospital where she visited her friend Pauline Mungi, a victim of the Sunday attack.

Victims ask why it is so difficult for police to crack down on gangs of teenagers. some gang members are less than 10 years of age.

The arrest came three years after police released his name and those of 15 other wanted criminals in 2017.

Other known criminals roam freely and launch attacks at will as police continue to issue press conferences.