CYCLING FOR THE SEAS

• River Sabaki, which drains into the Indian Ocean, if fed by the now polluted rivers from Nairobi, Ngong and Limuru.

• The seven-day event also raised funds for cleaning seas and rivers in the country. 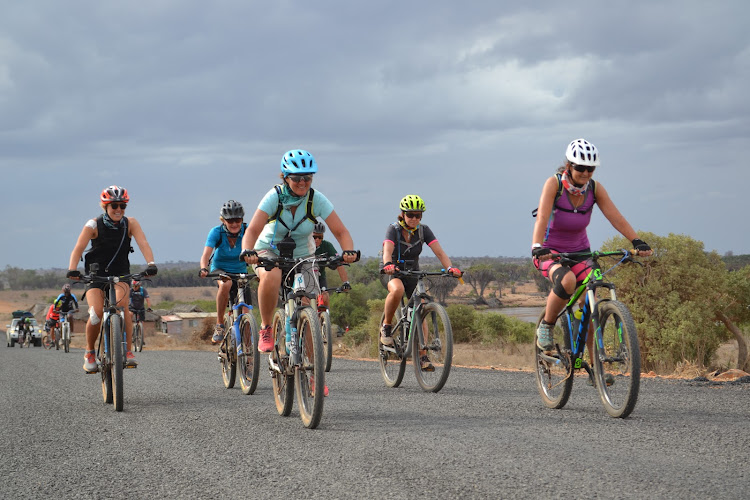 Twenty-five cyclists were at the weekend treated to a rousing welcome after a gruelling 680-kilometre ride from Nairobi to Watamu resort town.

The cyclists, both local and international aged between 20 and 68, took seven days to complete the Cycling for the Seas awareness campaign against pollution and to raise funds for cleaning seas and rivers in the country.

The campaign was organised by the Sea for Life Trust, an organisation founded early this year to raise Sh5 million to support the clean-up and create awareness on the need for community marine protected areas.

Julie Church, the founder of Cycling for Seas, said their aim is to ensure public focus on the now polluted rivers in Nairobi, Limuru, Ngong, Dagoretti, Ololua and Karura forests as downstream they became River Sabaki which drains into the Indian Ocean at Malindi.

Church, who spoke at the end of the seven-day event at Ocean Sports resort, emphasised the need to protect waterways.

“Without water, there is no life. These waterways need to be kept clean," she said.

She disclosed that a number of awareness campaign programmes were lined up with the purpose of ridding waterways of plastics.

‘‘Ideally, we have to find solutions and I think we can do that in Kenya because we are very entrepreneurial. We banned plastic bags. Can’t carbon-based products be turned into energy in a closed well-managed system?"

Church gave the example of Sweden as a country that has turned plastic waste into useful products. Kenya can follow suit and get rid of plastics.

“We do not have enough villages with energy, but we have villages with more plastics than energy. We can do something with that plastic,’’ she said.

The Sea for Life Trust campaign also aims at creating community-managed marine parks along the coast. Currently, there are only five marine protected areas from Kiunga to Kisite, a stretch of more than 600 kilometres.

Their community marine protected area will be modelled like Kuruwitu, which is in Kilifi.

The Cycling for the Sea founder said the campaign is also in memory of Jonathan Seex, the Tamarind Group of Companies CEO, who died in the Ethiopian Airline plane crash on March 10, this year. He was a co-founder of the Seas for Life Trust.

The cyclists covered between 80 and 100 kilometres a day. Journalists caught up with them at Salagate, near Kulalu camp, their last stopover.  The camp was one of the sponsors.

One of the cyclists was airlifted to Nairobi by AMREF after he sustained injuries.

He said the idea behind the campaign was important as it wanted to ensure plastic wastes are eliminated by creating the product into a useful income generating.

“We need to do more as a community, as a country, as a world to end making use of single-use plastics and make use of disposable plastics," Baker said.

Tina Allen, one of the owners of Kulalu camp, was concerned that human beings are killing their own world. A day the arrival of the cyclists, she had collected plastics along River Galana.

Josemaria Maina, one of the riders, said the occasion was inciteful. They witnessed the effects of pollution in parks, River Galana and the Indian Ocean.