The projects, some which are already completed, are aimed at reviving the ailing tourism sector

• Most of the new roads are complete and have given the town a new face in the efforts to revive tourism. 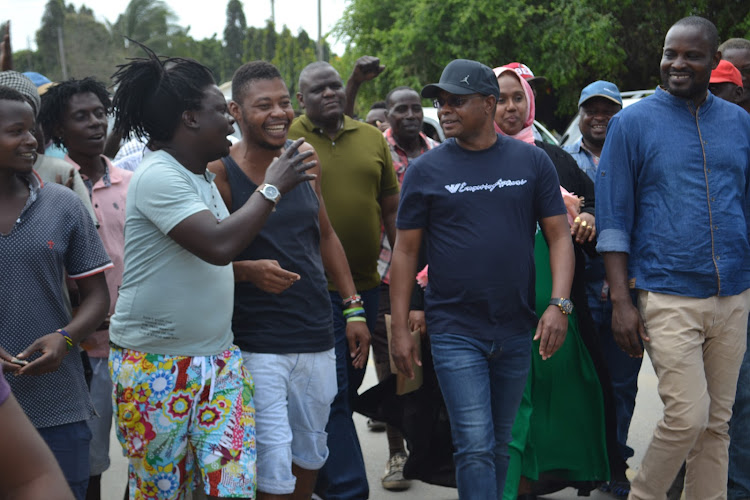 Kilifi County has unveiled Sh1 billion infrastructure projects in Malindi in an ongoing plan to revive the collapsed tourism sector.

The flagship road projects, which are already complete, include the Ngala stage road to Malindi High School, Maweni to the new bus park, which was tarmacked, and Kisumu Ndogo - Barani roads.

Another key road that is almost complete is the bypass from area to Kenya Red Cross area, which is aimed at reducing congestion in the central business district.

Kilifi Governor Amason Kingi who led a delegation of top county officials in a tour of the roads, also unveiled the carpeting of the Malindi beach road, which has been in a bad state for years.

The completed roads projects have already cost the county more than Sh700 million while the beach road will cover 5.5 kilometers and cost Sh120 million.

Kingi said his government was committed to bringing back the old gory of the resort town so as to ensure its attract investors and tourists.

He said this financial year, his government would complete the ongoing by pass from BP to Red Cross and start another project of tarmacking the road from Barclays bank to Malindi GK prison next year.

“There is a big water front project coming to Malindi. Our plan is to change Malindi to be like Dubai. Recently I took county officials to Durban, South Africa, which is a resort town like this one on the beach , it was properly built , we want to build Malindi like Ushakani beach,’’ he said.

He said Malindi does not big industries and the economy entirely depends on the tourism sector, which requires hotels to be running.

The County had 17,000 teenage mothers last year.
Counties
3 years ago