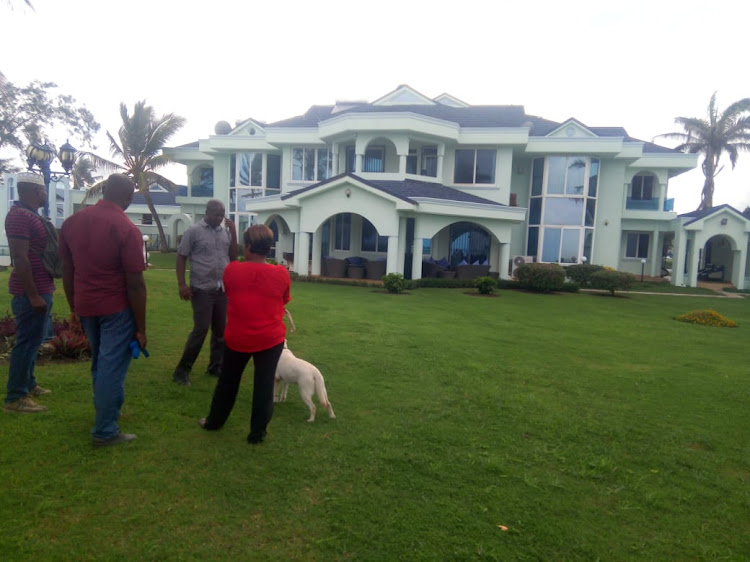 Police raided the home of Mombasa tycoon Ali Punjani on Monday, a day after Interior CS Fred Matian'gi said no individual, no matter how connected, will be spared in the war on drugs.

Plains clothes and GSU officers camped at the home in Nyali area as K-9 Unit police officers used sniffer dogs to search the house on the shores of the Indian Ocean.

Punjani  was not the house during the raid.

"We believe this house has been used to sell drugs," Mombasa Police Commander Johnstone Ipara said.

Punjani is a close associate of brothers Baktash and Ibrahim Akasha, who are awaiting sentencing in New York over an elaborate drug network in East Africa, Afghanistan, Europe and the United States.

There have been reports Punjani has been unwell and is receiving treatment in India.

"We will not get out of here until this house has been fully searched," Ipara said.

Police have directed Punjani and his associates to surrender or face arrest.

"We have names of certain people and they will be found before end of the day," he said.

Ipara said that 18 people have been arrested in connection with drugs so far.

Only one woman, a caretaker, was seen moving around the home and three top range vehicles were at the parking bay.

Five other people were arrested with 42 sachets of heroin while two suspects were nabbed with 147 tablets of bugizi.

The arrests happened in Kisauni.

Likoni MCA Ahmed Salama was also arrested by anti-narcotics police and is being interrogated over links with drugs trade in the area.

"If Kenyans say you deal with drugs, you have a responsibility to answer to the allegations," Ipara said during a press briefing.

Matiang'i said the war on drugs will be ruthless and painful.

Matiang'i to strike hard at drugs and crime at Coast

CS says state will turn things upside down to unearth those under its wings.
Counties
2 years ago
by ANDREW KASUKU
Coast
12 August 2019 - 17:22