The county is formulating a policy to address the matter and hopes the national government will allow them to implement it.

• The older pupils give teachers a hectic time because they do not feel comfortable playing and learning with the pupils who are five years old. 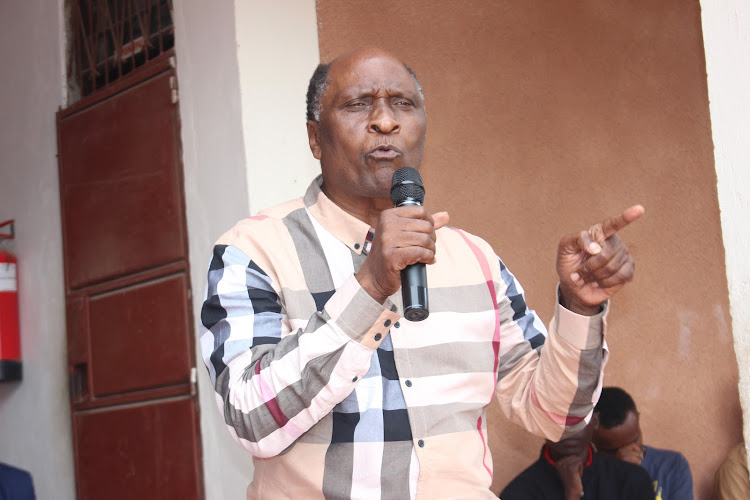 A huge number of pre-primary school pupils in Kilifi county are overage and need classes separate from their younger classmates, county executive for education Gabriel Katana has said.

Katana said there are students as old as 11 years who are in Pre-primary 1 and 2 two in the county.

He said the older pupils give teachers a hectic time because they do not feel comfortable playing and learning with the pupils who are five years old.

“When the teacher wants them to play they say they cannot play childish games. This is a big challenge,” he said

The education chief spoke at Mwareni Secondary School in Mariakani on Saturday during a prize-giving ceremony.

“Such pupils will complete their primary education when they are over 18 and they can even challenge their parents that they want to marry because they are old enough to make decisions,” he added.

Katana said the trend is a pointer to the results of a 2017 study which found that most Standard 8 students in Kilifi county cannot read Standard 3 work.

“When we have these pupils in a separate class then the teacher will concentrate on programmes that suit their age,” he said

The county is formulating a policy to address the matter and hopes the national government will allow them to implement it, Katana said.

Most children join schools at an older age due to the distance they have to walk to access the nearest one.

In some areas, children are forced to walk over ten kilometres to school.

“From 2018 we have constructed and equipped 123 ECD centres and some of them are in existing primary schools while others were put up in new locations,” Katana said.

There are about 240 ECD centres built by the Kilifi county government while over 100 other centres are under construction, Katana said.

He blamed teachers for forcing students to repeat classes because they have not attained certain marks.

Mariakani MCA Frank Fondo said most of the older students are the ones who get pregnant while in school.

“Last year over 650 girls who sat for the KCPE were pregnant while 240 did KCSE while pregnant. Let us make sure our children complete primary school before puberty sets in,”  Fondo said.

He urged parents to step up and make sure the teen pregnancy menace is addressed.

Kilifi county to introduce loans board for vocational training students