• The gang, suspected to be part of the Wakali Kwanza group, wore bright reflectors. 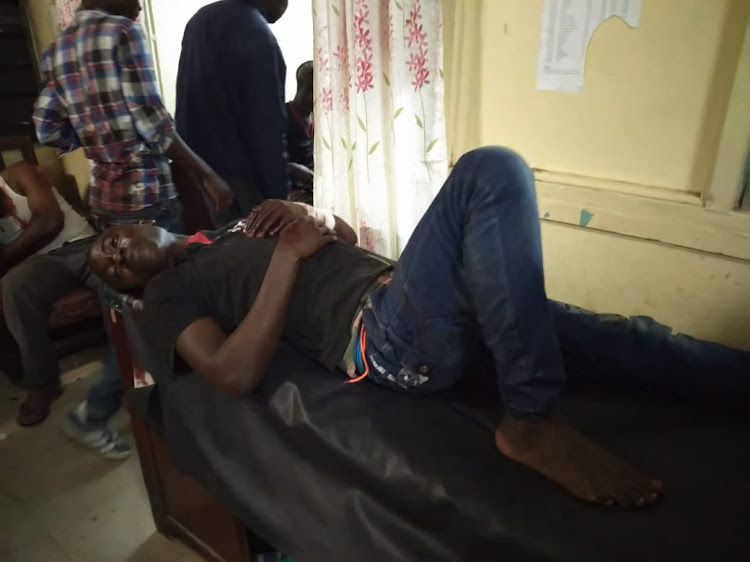 At least eight people were seriously injured in a Monday night attack by at least 30 youths around Lake View area of Bamburi, Nyali constituency.

The gang, suspected to be part of the Wakali Kwanza group, wore reflectors and appeared at Bashir School from the direction of Soweto village.

"They shouted "Takbir!" before they started slashing anyone in their sight," said Juma Said, a boda boda who said he escaped death by a whisker.

Said said his boda boda had developed mechanical issues and was trying to repair it when he saw a large crowd.

"I thought they were people from the mosque until I saw some of them unleashing machetes. I knew I was in trouble and took off leaving my motorbike behind," he said.

Gunshots were heard as police responded to reports of robbery and looting by the gang in Bamburi, Mtopanga and Kadzandani.

Most victims had panga cuts in the head, stomach, hands, neck, legs, and back.

The eight were rushed to Yeshua Medicare, where they received First Aid before four were taken to Coast General Hospital.

Aaron Yegon, a victim, said he was in a pub when he heard a commotion.

"I thought they were people fighting and went out to see what was happening. That is where I came face to face with them," he said.

Businesses shut down as the gang stabbed anyone in sight, paralysing transport on Kisauni Road and new Malindi road.

The gang attacked matatu passengers and attempted to rob them before more police arrived.

Another six were treated at a Yeshua Healthcare Clinic in Kisauni.

"We have managed to control the situation and our officers are on the ground," Kisauni subcounty police commander Julius Kiragu said.

Wakali gang members given one month to surrender

A one month ultimatum has been issued to Wakali Kwanza and Wakali Wao gang members to surrender. Mombasa county commissioner Evans Achoki said they ...
News
6 years ago
Post a comment
WATCH: The latest videos from the Star
by BRIAN OTIENO AND ANDREW KASUKU
Coast
05 August 2019 - 21:49
Read The E-Paper