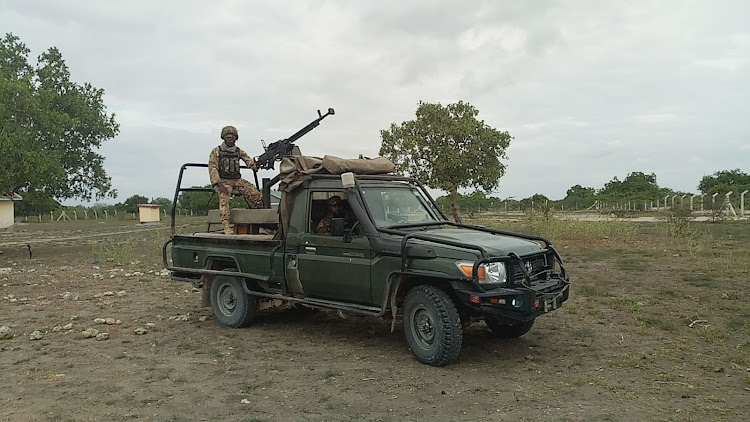 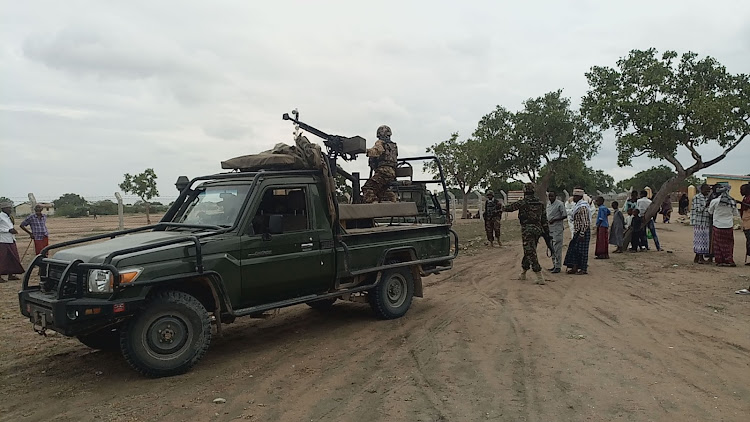 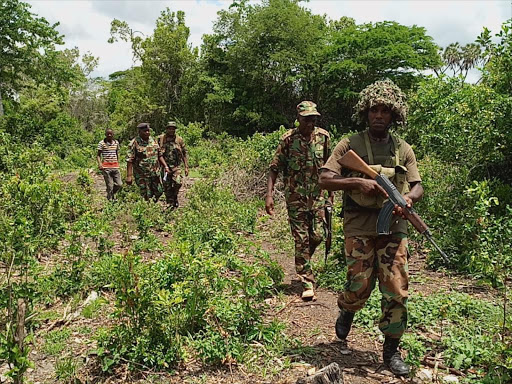 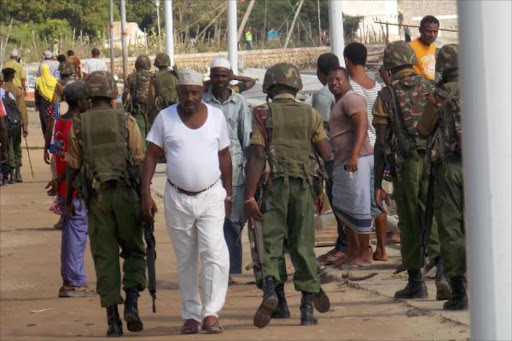 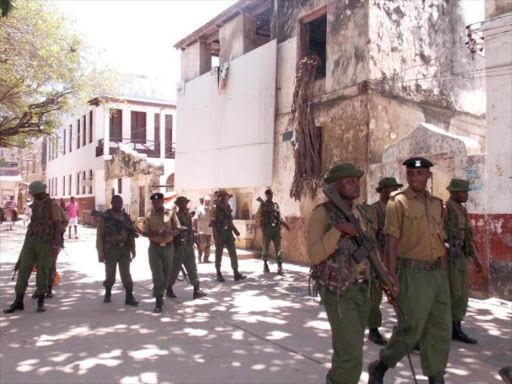 Residents of Ras Kamboni village on the Lamu-Somalia border were on Saturday held temporarily under a curfew as security units led by the Kenya Defense Forces combed the area in search of suspected al Shabaab militants.

Apparently, the security agencies had received intelligence that the terrorists had arrived in the area and were planning attacks.

The villagers’ movements were limited after they were instructed not to wander far from home lest they get hurt during the operation.

The massive crackdown is believed to have been largely precipitated by the recent IED terror attacks in the border area of Kiunga, Ishakani and other hotspots.

Both areas fall under those mapped for the Linda Boni security operation launched in 2015 to flush out al Shabaab militants believed to be holed up inside Boni forest.

Residents said they were locked in their houses for the better part of Saturday, with many reporting hearing gunshots and explosions around their village indicative of a fierce exchange of fire.

Locals were also barred from using the Ishakani-Ras Kamboni route.

“We stayed indoors for almost the entire day. They didn’t force us but made us understand that it was a security crackdown on suspected al Shabaab militants. All the while, we could hear loud gunshots and explosions. They were very close to our village,” said Ahmed Islam.

Residents reported hearing of an IED attack at a location between Ras Kamboni and Ishakani at dawn on Saturday which left two civilians dead.

“We believe it’s the attack that prompted them to put a curfew on our village and conduct the operation. Its only until around 6pm in the evening that we were allowed to even go to the shops,” said Omar Mohamed.

Security officers refused to comment on the curfew or give details about the alleged IED attack that killed two people.

A senior security officer denied Ras Kamboni village had been on lockdown and said the gunshots and explosions reported by the villagers were from a routine drill at a nearby camp.

Last week, three al Shabaab militants were felled by security officers from Rapid Border Patrol Unit along the Ishakani-Ras Kamboni road in Kiunga, Lamu East shortly after an IED planted by the militants went off.

Efforts to get a comment from the Linda Boni operation bosses were futile as their phones went unanswered.

The majority have switched allegiance to ISIS.
News
8 months ago