'HAD BEEN IN HIDING

• Mother says he is her neighbour and she trusted him to watch her baby.

• Hospital reports confirmed assault, suspect said to have come back after three years of hiding. 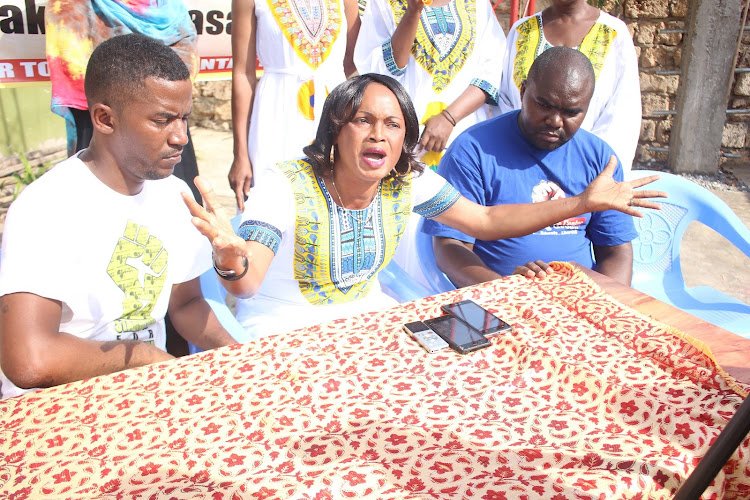 Police officers in Kilifi are looking for a man who sodomised a two-year-old girl in Chumani and briefly kidnapped her.

The minor's mother said Nyenyo, a neighbour, took her daughter to his house on Thursday morning after she asked him to babysit.

Speaking on Sunday at the Kilifi Mums offices in Kilifi, the mother said she could not believe a man she trusted could do such a thing to her daughter.

“I did not suspect anything because it was not the first time he took care of my daughter. I went to his house to pick my child so I could give her breakfast but I was told she and another boy were both asleep."

She went to check on her daughter at 1 pm but was informed Nyenyo had left with her and no one saw which route they had taken.

“I wondered why he had gone with my daughter and only and left the boy. I waited until dusk and they had not returned. We reported the matter to the village elder who asked as to give him time. He returned the baby at around 9pm,” she added.

The mother said the baby was asleep and even after bathing her, she did not wake up.

They reported to the village elder who told them to examine her in the morning when she woke up.

“She had small bruises on her private parts. We went to the farm with her and she cried in pain when she tried to poop and was bleeding. I took her to an elderly woman who said she had been sodomised. We reported the matter to the police and took her to the hospital where sodomy was confirmed."

Kilifi mums chairperson Kibibi Ali urged the police to make sure the suspect is apprehended.

Kibibi said the just returned to the village two months ago.

“This man does not deserve to live amongst law-abiding citizens. He had been in hiding for three years. He should be arrested and never granted bond. Such people should never be granted bail and they should be castrated,” the chairperson said.

Haki Africa rapid response officer Mathias Shipeta said many young girls are being defiled due to myths and misconceptions.

“There is a misconception that when someone is HIV positive and he sleeps with a virgin then he will be healed. This is the reason young girls and babies are being defiled and sodomised. The government should act tough and fast on such people so that the victims can get justice,” Shipeta said.

Shipeta asked the public to give information to the police on the whereabouts of the suspect.