• She was kidnapped at her station in Chakama village, Kilifi county, on November 20, 2018 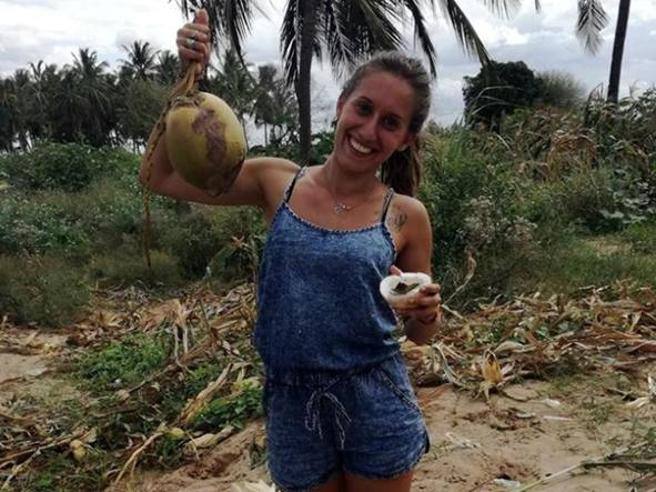 Italian intelligence troops under the Ros of the Carabinieri were dispatched to Nairobi in April to take over investigations into the kidnapping of Italian volunteer Silvia Romano.

A Kenyan officer who sought anonymity yesterday said the Kenyan authorities briefed the Italians on their progress before they handed over the operation. The special military arm investigates organised crime and terrorism.

On March 27, an Italian online newspaper Il Post (www.ilpost.it)reported that Ros had repeatedly asked the Kenyan authorities to join the investigation, without ever receiving a reply.

Another media outlet, Il Sussidiaro (www.ilsussidiario.net), reported on April 13 that the Ros flew to Kenya to lend a hand to investigators

And as though to confirm that the search had ended on the Kenyan side, Kilifi police boss Patrick Okeri and his Lamu counterpart Joseph Kanyiri said no operations are ongoing.

Romano, 23, was a volunteer with Africa Milele Onlus. She was kidnapped at her station in Chakama village, Kilifi county, on November 20 last year. After a week, police identified Ibrahim Adan Omar, Yusuf Kuno Adan and Said Adan Abdi as suspects.

A statement from the then Inspector General of Police, Joseph Boinnet, offered a Sh1 million reward for information that would lead to the arrest of the trio. They were said to be armed and dangerous.

Information and updates from the police regarding the search and Romano’s whereabouts have become increasingly scant and rare.

The authorities have yet to understand the motive of the kidnapping in the terror-prone North Coast. Reports emerged, however, that the Italian had been in constant communication with one of the abductors over alleged ivory smuggling deals, which had flopped.

More questions linger on who exactly was involved, with many pointing fingers at al Shabaab arm — the Jaysh al-Ayman insurgents based in Boni Forest. Tana River is inhabited by the Orma, Wardei, Pokomo, Bajui and Waata who are primarily pastoralists and hunters. Experts dismiss the hypothesis that local bandits could have been involved.

It is now more than 200 days since Romano’s disappearance. The police have assumed complete silence, raising speculations on whether she is still alive and within the Kenyan territory.

“We have crucial information and we believe Ms Romano, 23, is still alive. We also believe she is still being held in Kenya,” the then Coast police commander, Noah Mwivanda, said on December 24.

Interior CS Fred Matiang’i dodged questions by reporters on the status of the search. He said commenting would jeopardise investigations. To date, the silence has not yielded the desired results.

Back in Italy, however, Romano’s family had asked for privacy. But the approach taken by police agencies here in Kenya is a concern, given the fragile security situation in the North Coast.

When contacted on Tuesday last week, IG Hillary Mutyambai said he was busy and directed the Star to police spokesman Charles Owino.

“Right now I’m in a function, talk to Owino … I will advise him to talk to you,” he said.

Efforts to reach Owino through calls and text messages have been unsuccessful. He has not responded. Other calls to Coast regional coordinator John Elungata and Coast police boss Marcus Ochola did not offer satisfactory responses.

On May 20, Milan Mayor Giuseppe Sala, in a veiled comment, poured cold water on Kenya’s ability to investigate. “I can only have confidence in the action of our government. Nevertheless, it is a great frustration being able to only wait for news from those who are working to bring her back home,” he said.

Milan is the home city of Romano. Some online platforms have been set up in solidarity with her.

The Italian aid worker who was abducted by gunmen in Chakama area of Kilifi last week is still alive, the Star has established. Reports ...
News
3 years ago

The arrest of Ibrahim Adan Omar at his home in Bangali, Tana River, in early December, and investigations towards the seizure of two motorbikes said to have been used by the abductors have not led to meaningful results.

Other measures taken so far include curfews, arrests of Tana River residents and the closure of Somalia entry points. Even these have not helped matters.  At some point, speculations were rife that the abductors had sneaked Romano into Somalia.

“Come to the office. I cannot tell you anything via a phone call … or go to the regional police commander,” he said.